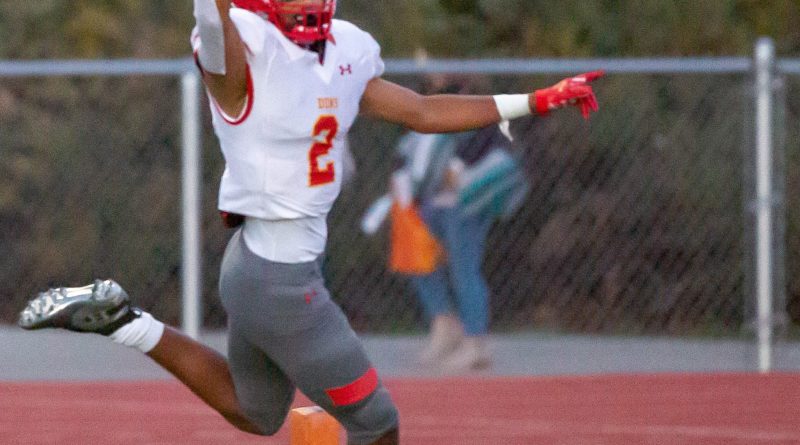 Several teams in SBLive’s Top 25 statewide rankings had big games in Week 2, including No. 10 Cathedral Catholic shutting out Steele Canyon 49-0 and No. 4 Servite beating Orange Lutheran, 69-13.

Here’s a quick look at some of the top stars and memorable performances from the second week.

Note: Entries are based on information provided by coaches, statisticians, media members and high school football fans. Don’t see any details for your team’s game? Email some notes and/or stats to Bodie@scorebooklive.com.

TOP SOCAL STARS IN WEEK ONE

Kyle Crum, Norco QB: Crum was 15 of 19 passing for 227 yards and three touchdowns to help lead to the Cougars to a 51-6 win over Santiago.

Noah Aragon, South Pasadena QB: Aragon had 298 passing yards and one passing touchdown on Friday night, but did most of his damage on the ground with three rushing touchdowns.

Elijah Brown, Mater Dei QB: Brown was 14 of 18 passing for 165 yards and had three touchdown passes in his debut for the Monarchs.

Tyler Voss, Valencia QB: Voss passed for 435 yard and three touchdowns to lead the Vikings to a 63-20 win over West Ranch.

Braden Pegan, San Juan Hills WR: Pegan had five catches for 188 yards and a touchdown in the opener against El Toro on Friday.

Kaleb Most, Apple Valley RB: Most rushed for 139 yards and three touchdowns in Friday’s win over Serrano.

Jayden Denegal, Apple Valley QB: Denegal passed for 163 yards and a touchdown and added two more touchdowns on the ground.

Jason Oliveira, Patrick Henry RB: Oliveira rushed for 199 yards and a touchdown to help the Patriots take down Scripps Ranch, 34-14.

Joseph Denton, Central (El Centro) DL: Denton made his precense known on Friday night by make six tackles, four of which ended up as sacks.