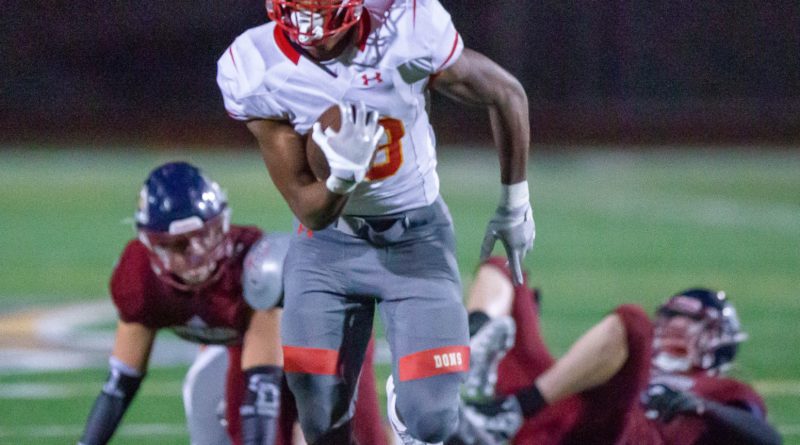 Cathedral Catholic and St. Augustine continued their strong starts in the second week of the 2021 season and will get the chance to battle for San Diego’s top spot on Friday night.

The Dons recorded their second straight shutout, taking down Steele Canyon, 49-0. They’ll take on their long time rivals and second-ranked St. Augustine in the Holy Bowl this week.

The Saints picked up a win over Madison led by Gracen Halton’s two touchdown runs. They’ll continue their road-only schedule this week against top-ranked Cathedral Catholic.

Lincoln started quickly against Point Loma, leading 30-0 after one quarter on their way to a 64-0 victory. They were able to add Serra to their schedule and will be back in action again this week.

The Wildcats made a big statement in their opener, leading La Costa Canyon 41-0 at halftime and eventually winning 48-13. The hype surrounding El Camino appears to be real as they head into week three against Torrey Pines.

The Crusaders picked up a massive road win against Helix and looked very strong on both sides of the ball. Trevor Appelman was locked in, tossing three touchdowns in the 19-2 win.

The Lancers, despite several key graduations from last year’s team, opened with a big win over Torrey Pines. Senior quarterback Aidan Sayin passed for 145 yards and a touchdown in the 42-0 victory.

Mission Hills had their week one game cancelled due to COVID-19 protocols and showed no rust in week two as they handled a very talented Oceanside team, 28-7. The Grizzlies will take on Temecula Valley from the Southern Section in week three.

The Vikings looked strong in their scrimmage against Oceanside and backed it up a week later against Morse, winning 49-12. Junior quarterback Jackson Stratton threw five touchdown passes in the win.

The Pirates three touchdown loss to Mission Hills was one of the bigger surprises of the week. They return home for three straight games, the final two coming against top ten teams.

The Eagles have scored 104 points over their first two games and look like one of San Diego’s bigger surprises so far. Competition will get tougher as they move into league play.