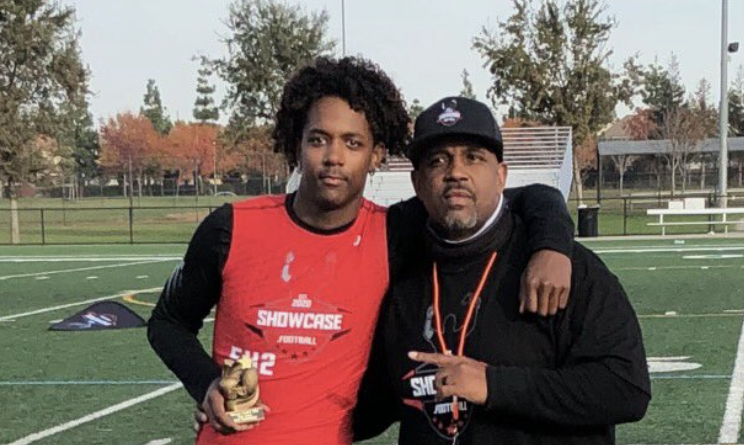 Week two of the spring 2021 California high school football season wrapped up over the weekend with several high profile matchups, including San Mateo Serra’s 33-26 win over Valley Christian in the Central Coast Section.

In the Central Section, Fresno Central fought back from behind to beat Clovis 35-31.

Those games all had an impact on this week’s statewide Top 25 rankings, which you can view below. The rankings were compiled by SBLive California reporter Connor Morrissette and will be released every Monday throughout the shortened season.

Santa Margarita hung close with St. John Bosco in their game Saturday night, but eventually the Braves pulled away winning 65-28. Sophomore defensive end Matayo Uiagalelei had a pick-six in the game.

After falling to No. 1 St. John Bosco 42-21 in their opener, Sierra Canyon dominated St. Bernard on Friday winning 56-0.

Mission Viejo destroyed Oak Hills in their opener winning 55-6. Micah Carreon had a pick-six in the game.

Corona Centennial beat King in their first game of the spring season winning 50-0.

Alemany took down Sherman Oaks Notre Dame 21-9 to open Mission League play. Sophomore safety RJ Jones had an interception he returned 65 yards for a TD in the win.

Cathedral Catholic beat Steele Canyon 49-0. The dominating win means the Dons retain their spot as the No. 1 team out of San Diego.

St. Augustine beat Madison 24-7 to keep their place as the No. 2 team in San Diego.

On the field, the Lancers will be very talented this spring, led by senior starting quarterback Mikey Zele and a scary group of linebackers (Isaac Garcia, Carson Cook, Cooper Robertson and Dez Diles). Senior running back Julien Stokes is another name to know.

Oaks Christian came out slow out of the gates on Friday, but rallied late to beat rival Westlake 30-16. Freshman receiver Bryce Farrell caught two touchdowns in the win.

Central had to battle back to beat Clovis 35-31 on Thursday. Central’s DJ Stevenson dominated in the comeback win completing 9 of 12 passes for 176 yards and two TDs. He also had 16 rushes for 92 yards and two TDs.

Valley Christian performed so well in their 33-26 defeat to No. 6 Serra that they move up two spots following the loss.

After a season opening loss to Folsom, Oak Ridge responded with a 10-6 win over Whitney.

Sophomore QB Malachi Nelson has looked like the real deal in Los Alamitos’ wins over Long Beach Millikan and Corona del Mar to open the season.

Pittsburg started the year with a 59-14 win over Freedom to move into this week’s rankings.