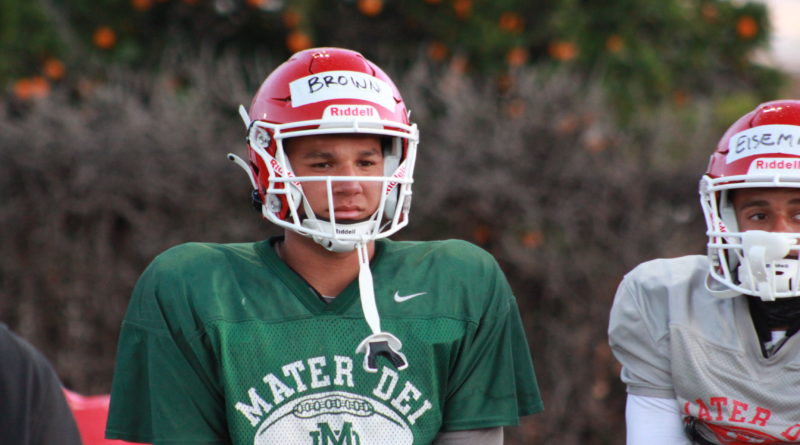 In the latest episode of the SBLive California Podcast, reporters Connor Morrissette, Bodie DeSilva and Lance Smith discuss their Trinity League football thoughts after week one of the California high school football season, plus the main statewide storylines heading into week two.

The top storylines this week include what to expect from the debut of Mater Dei freshman quarterback Elijah Brown and what St. Bernard’s football team will look like in its opener. Also, high school baseball and basketball are officially back, which means for the first time ever all three sports – football, basketball and baseball – are being played at the same time.

LISTEN TO THE SBLIVE CALIFORNIA PODCAST: