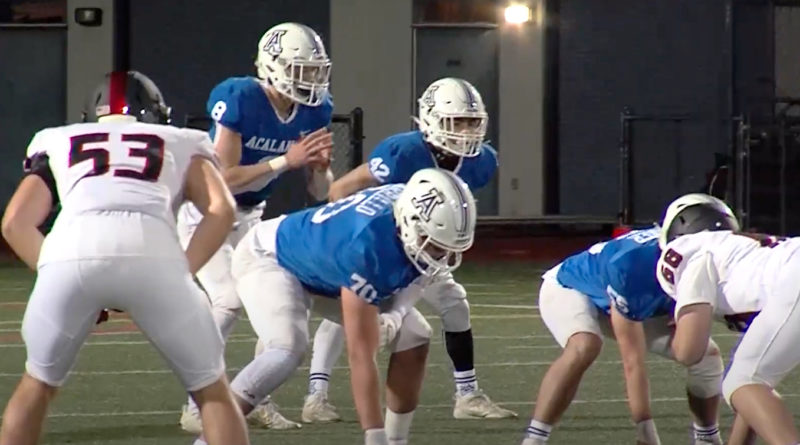 High school football returned to California this weekend, and there were several big-time performances across Northern California.

A few NorCal teams ranked in the SBLive Preseason Top 25 were in action, including No. 3 De La Salle, who beat St. Mary’s (Stockton) 35-27. The biggest NorCal game of Week One featured No. 11 Oak Ridge vs. No. 25 Folsom, with Folsom pulling out a 23-18 win in the final minute.

Here’s a quick look at some of the top stars and memorable performances from the first week.

TOP NORCAL STARS IN WEEK ONE

Josh Gerlach, California: Gerlach returned a punt 80 yards for a touchdown in California’s 63-33 win over Dublin.

Shavon Gramps-Green, Biggs RB: Gramps-Green rushed for four touchdowns – including scoring runs of 58, 36 and 26 yards – to lead Biggs to a 50-8 win over Hamilton.

Tristan Hofmann, Half Moon Bay RB/LB: Hoffman had 108 yards of total offense and a rushing touchdown in Half Moon Bay’s 19-10 win over Burlingame. Watch highlights here:

Omari Taylor, Clayton Valley Charter RB: Taylor had two rushing TDs, including the game-winning score late in the fourth quarter to lift the Ugly Eagles to a 20-15 win over Inderkum.

Tyler Tremain, Folsom QB: Tremain threw three touchdown passes, including the game-winning 16-yard TD pass to Rico Flores Jr. with less than a minute to play to lift No. 25 Folsom to a 23-18 win over No. 11 Oak Ridge.

JT Willis, Lincoln QB: Willis passed for 242 yards and five touchdowns to lead Lincoln to a 54-41 win over Placer.