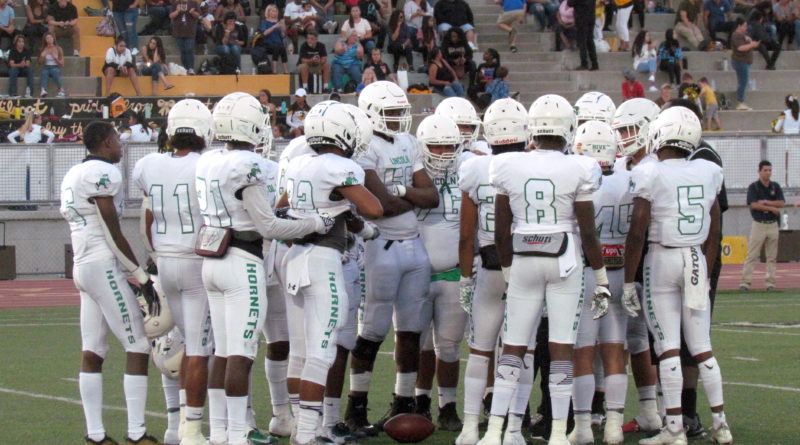 The CIF San Diego Section announced on Tuesday afternoon that they will allow practice to begin for football and boys and girls soccer on Friday, Feb. 26th.

The announcement came just hours after San Diego County failed to meet the updated state health department guidelines for allowing outdoor youth sports to begin. The county needed to have an adjusted COVID-19 case rate equal to or under 14 per 100,000 people. The county’s number is currently at 15 per 100,000.

But because of a court ruling in San Diego Superior Court last week, the San Diego Section can legally forge ahead with high school sports. Last Friday the court granted a temporary restraining order against the State of California and County of San Diego from preventing the “plaintiffs or other youth in the County of San Diego from being allowed to participate in high school or youth sports as long as they follow the same or similar COVID-19 protocols used for competition in professional and/or collegiate sports within the County.”

“She states to a reasonable degree of medical certainty, the rate of virus transmission in high school sports is equal to or less than that observed in Major League Baseball and National Football League studies,” Maas wrote in his ruling. “Children are less likely to develop severe illness or die from COVID and are less commonly infected with SARS-COV-2 than adults.”

The Section’s statement on Tuesday included their concern with those protocols due to the more extensive testing that may include increased costs for their member schools.

The state’s updated guidelines last Friday included weekly testing for three sports (football, rugby, and water polo) that would be covered and organized by the state.

Here is the full statement from the San Diego Section: