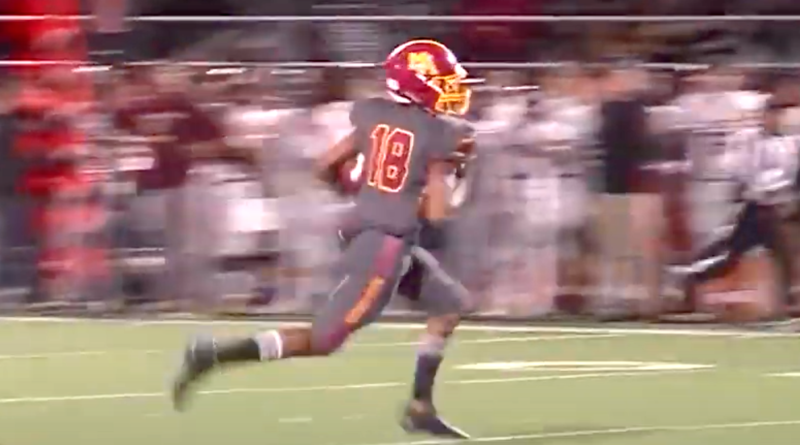 Here’s a closer look at the Top 15 wide receivers in the CIF Central Coast Section heading into the 2020-21 season. The rankings were compiled by SBLive reporter Bodie DeSilva.

In only seven games as a junior, Cosand caught 25 passes and scored five touchdowns.

Johnson caught 20 passes during his sophomore season, scoring a touchdown on eight of them. He averaged over 22 yards per reception.

Parker’s play picked up as his junior season went on, scoring all seven of his touchdowns over the final five games of the year.

One of three receivers that posted big numbers for the Chargers in 2019, Thadani caught 30 passes and had three touchdowns. He’s signed with Colorado School of Mines.

Yates and teammate Noor Haroon were two parts of an excellent receiving trio for Leland in 2019. Yates finished with 26 receptions for 493 yards and led the Chargers with seven touchdowns.

Villanueva showcased his ability as a deep threat for the Cowboys in 2019 while averaging over 21 yards per catch. He finished the year with 27 catches for 574 yards and eight touchdowns.

Haroon led a deep group of receivers for the Chargers last season, finishing with 27 catches for 576 yards and six touchdowns. He also averaged over 20 yards per return while serving as the punt and kick returner.

Cordova only caught 33 passes as a junior but was able to capitalize by finding his way into the end zone on 13 of them. He should be productive again as a senior with quarterback Nick Bandanza also returning.

Dickey wasted no time establishing himself as one of the nation’s top freshman in 2019. He caught 28 passes for 541 yards and seven touchdowns and has seen offers come in from seven schools already.

Huesby was the leader in receptions during his junior campaign for a very talented Saratoga offense. He finished the season with 55 catches, 758 yards and seven touchdowns and should be the go-to guy after the graduation of several key receivers.

Moss racked up 28 catches for 541 yards and nine touchdowns during his sophomore season despite having Oregon wide receiver Troy Franklin on the other side of the field. Arizona State and Oregon are among his seven offers so far.

Ahola was super productive for the Cougars as a sophomore in 2019, catching 15 passes or more in three games. He finished the year with 86 receptions for 1,019 yards and eight touchdowns and also scored three times on the ground.

Flax stepped up his production in 2019, catching 42 passes for 849 yards and nine touchdowns. He also punted for the Spartans and grabbed three interceptions on defense. He’s committed to Drake University.

Cristofalo was a dominant offensive weapon for the Padres in 2019. He caught 55 passes for 1,203 yards and nine touchdowns and showed his versatility by playing running back and averaging 10 yards per carry.