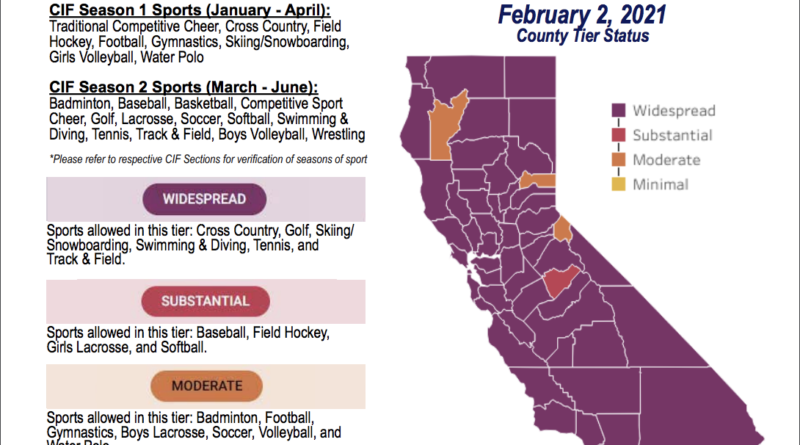 The only two changes this week (Tuesday, Feb. 2) are that Alpine and Trinity counties are both moving from the red to the orange tier. Almost every county in the state is still in the widespread “purple” tier: