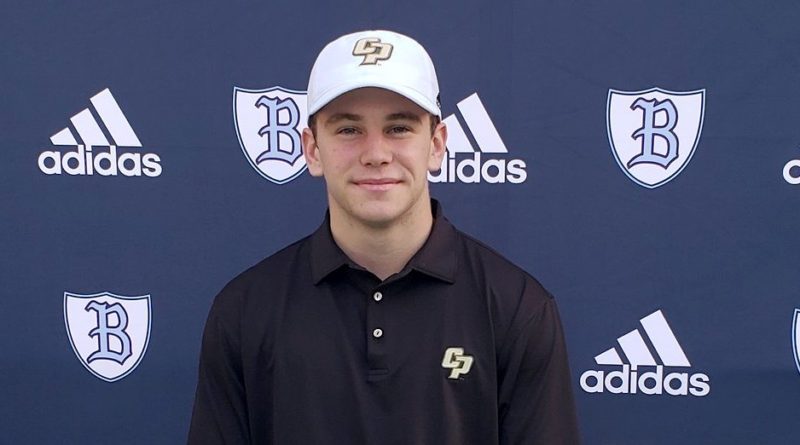 Here’s a closer look at the Top 20 quarterbacks in the CIF Central Section. The rankings were compiled by SBLive reporter Bodie De Silva.

Altamirano saw more snaps at quarterback for the Eagles as last season went along, finishing with 13 touchdown passes and only six interceptions. With 1,000-yard rusher Jorge Osuna returning alongside Altamirano, Firebaugh is poised for a big season on offense.

Lara threw 10 touchdown passes for the Cardinals during his sophomore season before making a big jump as a junior. In 2019, he surpassed 1,700 yards through the air to go along with 19 touchdown passes as he led Orosi into the Central Section Division 6 championship game.

Gonzalez had a great debut as a sophomore, passing for over 1,800 yards and 18 touchdowns as he helped The Tribe to a second-place finish in the East Yosemite League. He’ll have a big opportunity to make his mark over his final two seasons.

Davila led the Eagles to a 9-3 record and a berth in the Division 5 playoffs after a huge sophomore year. He finished with 14 touchdown passes and over 2,000 passing yards while also adding 12 more scores on the ground.

Easterwood threw 12 touchdowns during his junior season that included games against some of the top teams in the Southern and Central Sections. He’ll lead the Drillers this year as they compete with Liberty for the Southwest Yosemite League title.

Jackson passed for 19 touchdowns during his sophomore season, but suffered a season-ending injury in the middle of his junior year. The Vikings were able to pick up the slack, finishing 10-1 and should be looking at a strong season with Jackson’s return.

Green and Stell split reps last season for the Panthers as they finished at 11-2 with a loss to Selma in the Division 4 championship game.

Green threw for over 1,100 yards and had 17 touchdown passes to go along with only four interceptions.

Stell was more of a running threat, finishing with 408 yards and seven touchdowns on the ground but also showed his passing skills with over 1,200 yards and 16 touchdowns through the air.

Kirby steps in under center for the Bears after the departure of DJ Stevenson to rival Central High School.

“Ian came in at the middle of last season and didn’t look back. He’s extremely smart and athletic. Ian is on track to do amazing things this season,” Buchanan Head Coach Matt Giordano told SBLive last month.

Bell takes over for the Panthers after last year’s starter Finn Collins moved to Southern California then enrolled early at Arizona State. Bell had four carries and grabbed an interception for San Joaquin Memorial last year.

“He’s really good. He throws the ball as well as anybody I’ve had. Probably the most athletic guy I’ve had in some time. He has all the tools to be a special guy,” San Joaquin Memorial Head Coach Anthony Goston told SBLive last month about his new quarterback.

Mann threw for over 1,500 yards had 11 touchdown passes and added nine more scores on the ground last season before going down with an injury late in the year. He’s poised for a big senior year in which the Patriots figure to be one of California’s top teams.

Johnson saw limited time as the Cougars backup in 2019, completing seven passes including three touchdowns. His debut earned him offers from Utah, Arizona, Fresno State, and San Jose State. Johnson figures to be one of the Central Valley’s best over the next two seasons.

Luna picked up experience playing in eight games as a sophomore and took a step forward tossing 21 touchdowns and surpassing 2,000 yards as a junior. Luna is looking to lead the Panthers to a winning record for the first time since 2014.

In two seasons as the Blue Raiders signal-caller, Babb has led the team to a 25-3 record and a Central Section Championship in 2019. Babb has thrown 28 touchdown passes over that time and showed off his running skills as a junior with 650 yards and eight rushing touchdowns.

As the full-time starter in 2019, Preston went over 2,000 passing yards and had 18 touchdowns. He was a force on the ground, rushing for over 900 yards and finishing with 17 touchdowns. Preston will be helped by the return of several key returners on offense to help the Broncs improve on their 4-7 record.

Calvert burst onto the scene after leading the Broncos to a 12-2 record and a berth in the Central Section Division 5 Championship game. He finished his sophomore season with 32 touchdowns and over 2,600 passing yards.

Cleveland had an excellent junior campaign, throwing 28 touchdown passes to only three interceptions as he led the Scots to an undefeated Southeast Yosemite League title. Cleveland and a solid returning crew have their sights set on a second straight league title.

Kaschewski was efficient through the air last season finishing with 11 passing touchdown and only two interceptions but made his mark on the ground. He ran for over 1,900 yards, averaging over 11 yards per carry, and finished with 31 touchdowns while leading the Eagles to a first-place finish in the Ocean League.

Despite his small stature (5-foot-8, 160 pounds) Nava has posted ridiculous numbers over the past two seasons for Porterville. Entering his senior season, he’s already accounted for over 6,300 yards and 54 passing touchdowns. He also has over 1,200 career rushing yards and 16 touchdowns on the ground.

Stevenson led Buchanan to a 10-3 record last season and a trip into the Central Section Championship game. He’ll play his senior season for Central High School and will have Michigan-signee Xavier Worthy as a top target. Offers have come in from Eastern New Mexico and Northern Arizona.

“I think in our offense he’s gonna be magical. He can run it, he can throw it, he’s really learning and picking up our concepts. He’s been real receptive and I think he’s gonna be phenomenal,” Central Head Coach Kyle Biggs told SBLive earlier this month.

Weiner was off to a fast start for the Knights in 2019, throwing 11 touchdowns before his season was cut short after five games.

“Weiner’s got very good arm strength,” said head coach Don Arax. “He is a very good athlete, baseball and football guy. He can run well. He has worked extensively in the offseason to shorten his delivery. We’re going to try to get back to getting vertical and throwing the ball, taking shots deep since he’s got the arm strength for it.”