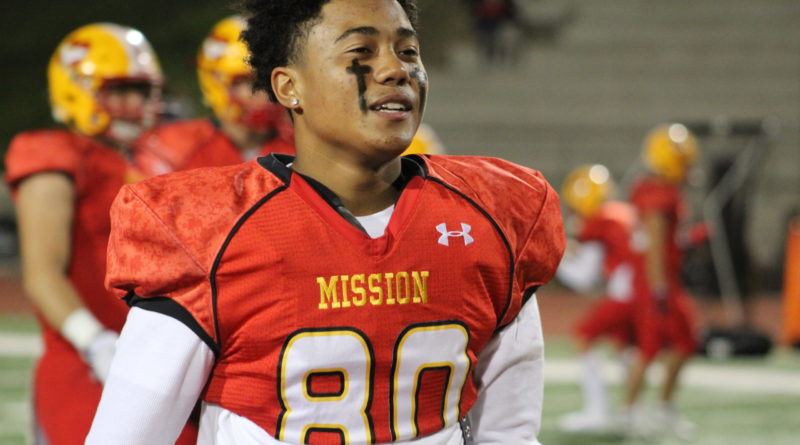 SBLive California is previewing the Top 50 high school football teams in the state ahead of the 2020-2021 season. Here’s an inside look at the Mission Viejo Diablos of the CIF Southern Section, the No. 4 team in our countdown.

Coach Johnson put together a very challenging schedule for the 2020-2021 football season that was supposed to begin on Jan. 8. The Diablos had Servite, Sierra Canyon, Alemany and Long Beach Poly as non-league games. In the South Coast League, Mission Viejo plays San Clemente, San Juan Hills and Tesoro.

If the Southern Section has a football season this winter/spring, we’ll update the Mission Viejo schedule, but for now there are no definitive dates for games.

Coach Johnson: “Easton is an Under Armour All American. Peter Costelli is as well and we are really proud to have two coming from a public school. If we have a season, Easton would be the heart and soul of our team. He’s a beast at linebacker and he can do anything, whether we ask him to blitz or cover or run stuff. He makes the calls for us too. He’s a real leader.”

2019 stats: Made 91 tackles, 17 for loss. Had three interceptions and a fumble recovery. Rushed for three TDs on offense.

Coach Johnson: “Mavin is very fast. He’s an explosive athlete. He can take the top off the defense. He’s a big time deep threat.”

Coach Johnson: “Micah starts both ways for us and is an absolute stud.”

Coach Johnson: “Ryder is a three-year starter for us. He can play safety or corner.”

2019 stats: Made 26 tackles, had two interceptions. Had one pick six and a sack. Also returned kicks.

Coach Johnson: “Jacquez is a stud.”

Coach Johnson: “Brenndan is a do everything guy. He’s very versatile. He does well in zone and can also play man. We don’t have to substitute him out if we change what we’re doing defensively. He’s very strong and physical. He hits hard. He’s a high character kid who’s very coachable. If we had had a season, he’d have been a slam dunk prospect.”

Coach Johnson: “Joey is very physical. He’s a good kid who gets good grades. I see him as an Ivy League guy.”

Coach Johnson: “Roee would have been a two-way starter for us this year. He’s a very good player; a very physical kid.”

Coach Johnson: “Mikey can play anywhere in the offense. He plays safety too. He’s also a world class rugby player.”

Johnson will have to find a new quarterback at Mission Viejo following Peter Costelli’s early enrollment at Utah.

“We’re having a competition between two young guys who I think are extremely talented,” Johnson said. “It’s between sophomores Kadin Semonza and Will Burns.”

“We see these kids every day with tears in their eyes. They’re very emotional about not being able to play, but it goes deeper than that, it’s not just playing football. There are no dances, no in person school, no hanging out with your friends the way you usually would.”

“How do I weigh the social and emotional health of my athletes versus the physical health of the athletes? I think about that every day. That’s been really tough. Some kids are on the verge of giving up. It’s all very tough to weigh. It’s hard to see the kids come in every day bummed out and upset.”

Mission Viejo has a great sophomore class. The most realistic scenario right now if some games are able to be played is that the Diablo seniors and sophomores would get a lot of playing time. It would all be about development to make sure the seniors got some film and the sophomores got valuable varsity experience ahead of the 2021 fall season. Mission Viejo will be in every game they play.

“If we had played beginning in January we would have started with Servite and we would have learned a lot from that game. We also had Sierra Canyon and Alemany on the schedule. How we did in those games would have pretty much placed us in either Division 1 or 2 for the playoffs.

“Right now though, we’ve pretty much pressed the reset button. Right now we’re doing what we’d normally be doing in January. We have a lot of guys training with track and we’re doing offseason weight lifting and running. Our football and track program are closely tied together. We have a lot of crossover there.”