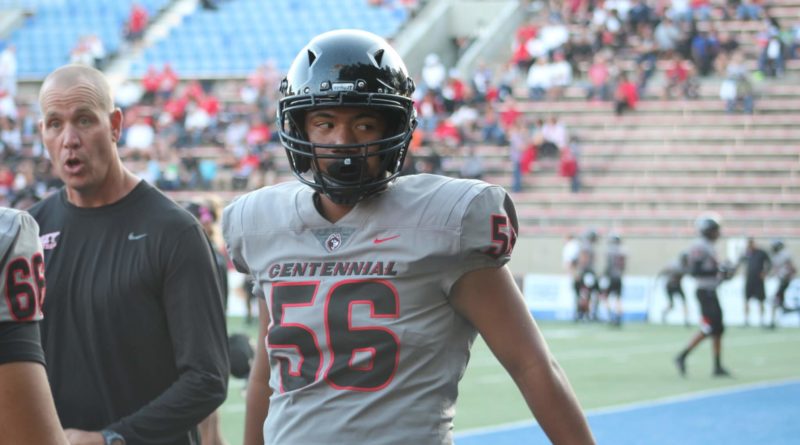 SBLive California is previewing the Top 50 high school football teams in the state ahead of the 2020-2021 season. Here’s an inside look at the Corona Centennial Huskies of the CIF Southern Section, the No. 3 team in our countdown.

Coach Logan: “Branden is a three-year starter for us. He’s a tremendously hard working kid. He’s fearless and he has great ball skills. He’ll do anything we ask of him.”

Coach Logan: “Devin is a three-year starter for us. He’s very athletic and very smart. He’s also a captain.”

Coach Logan: “Calvin is a two-year starter and team captain. He’s the general of our secondary. We’re young in the secondary, but he’s the senior member.”

Coach Logan: “Dominique is a very physical runner. This was going to be his breakout year.”

Coach Logan: “Jake could potentially be one of the better quarterbacks we’ve had here. He’s very smart. He has a high football IQ. He’s really athletic and he has incredible precision and a great arm.”

2019 stats: Completed 51 of 89 passes for 1,067 yards and eight touchdowns with two interceptions. He rushed for 89 yards and three scores.

Coach Logan: “Israel is very talented and probably would have rotated in with Jake this year.”

Coach Logan: “Jaden is very talented. He has offers from all over the country. He’s a tremendous player, he’s Jalen Ramsey-esque.”

2019 stats: Made 31 tackles and had six interceptions.

2019 stats: Made 13 tackles, forced a fumble and recovered a fumble.

Coach Logan: “Aaron tore his ACL so he didn’t play last year, but he would have been a starter. He’s a tremendous player.”

Coach Logan: “Owen played a lot as a freshman for us on varsity.”

Coach Logan: “Douglas is a really big and physical kid.”

HOW COVID-19 HAS AFFECTED CENTENNIAL FOOTBALL

COVID-19 has affected every high school football team differently. Coach Logan shares how COVID-19 has impacted Centennial football over the past several months:

“Overall I think the kids have handled the pandemic pretty well. It’s definitely been challenging waiting to see if we have a season or not.

“We started conditioning back in the fall when we were cleared by the district and county and everything. It was great to start that up. The team had a great energy and did a really good job. We resumed activities after Christmas break last week and the kids have been really excited to see one another even with us not being able to use footballs. Hopefully we’re working towards that.

“We’ve had some kids take jobs, but they’re still planning on playing so we’ve been flexible with their schedules. We’ve had two younger guys opt out.

“I don’t mind if our kids are playing club, I just don’t want them to be missing our stuff for that. That’s a condition for us. If we don’t play, I’d try and do some type of senior showcase in the spring, if we’re allowed to. If the recruiting limitations are lifted and scouts could come out, that would be beneficial. If not, then we’d do some type of Zoom showcase or a prerecorded thing as a last chance effort since they didn’t get a chance to do it live. That’s our plan.”

This year Corona Centennial returns its quarterback while Mater Dei and St. John Bosco do not. In a best-case scenario situation, maybe having Jake Retzlaff would have been the difference between a Division 1 playoff appearance and a potential championship game appearance. The Huskies are young in some key spots, but they always finish right around the top in the Southern Section and this year would have been no different.

The most realistic scenario for Corona Centennial would be to make the Division 1 playoffs in the Southern Section, like they did a year ago. Matt Logan has built a tremendous program and they’ve set a standard to compete at the highest level. That most likely would have continued this season.

“Overall we have a little bit of a younger team, but we’re still very talented. We feel like we have really solid lines on both sides even though they are young.

A big bright spot for us is our young secondary. We have the ability to move those guys around and do some different things.” 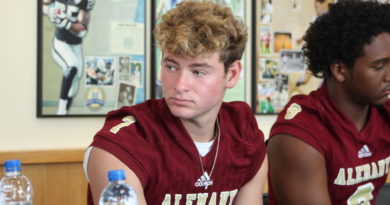 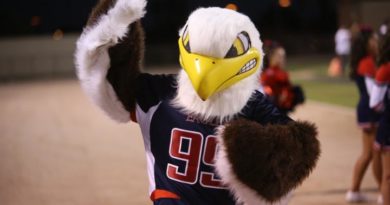 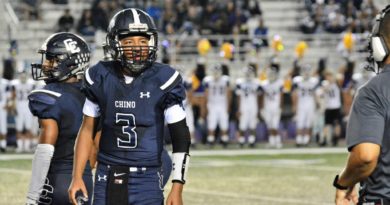