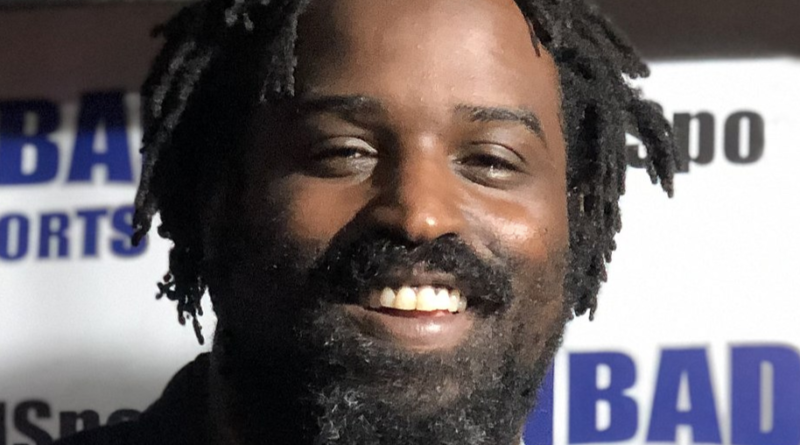 The Heisman Trophy, given annually to the nation’s most outstanding Division 1 college football player, was awarded on Tuesday to Alabama wide receiver DeVonta Smith.

Davis served in the Army until 1950. He signed with the Los Angeles Rams that season and made a Pro Bowl. Davis also dated actress Elizabeth Taylor. The two were photographed together at the 1948 Academy Awards.

Huarte played quarterback at Mater Dei. He was the Southern Section Lower Division Player of the Year in 1960 after leading the Monarchs to a Section championship. Huarte played college football at Notre Dame. He only started under center in his senior season, but took home the Heisman after passing for 2,062 yards.

In the pros, Huarte was drafted by the New York Jets of the AFL, but he lost the starting quarterback job to Joe Namath.

Garrett was an All-City player at Roosevelt. At USC, he carried the ball 267 times for 1,440 yards in 1965, which won him the Heisman. USC went 7-2-1 that year. Garrett played in Super Bowl I as a member of the Kansas City Chiefs in 1967. The Chiefs lost that game to the Green Bay Packers, but won Super Bowl IV in 1970 over the Minnesota Vikings. Garrett was the Chiefs leading rusher in the game.

UCLA quarterback Gary Beban barely beat out USC tailback O.J. Simpon to win the Heisman in 1967. That year UCLA was ranked No. 1 and USC No. 4 when the two teams met and the Trojans won 21-20, but Beban threw for over 300 yards and two touchdowns despite dealing with a rib injury.

Beban was drafted by the Los Angeles Rams, but his rights were traded to the Vince Lombardi-coached Washington Redskins in 1986. In Washington, Beban failed to beat out Sonny Jurgensen and became a backup.

After being named an All-City selection in San Francisco, Simpson played junior college at City College of San Francisco. He then attended USC where he led the nation in rushing in 1967 and 1968. In 1969 the Buffalo Bills drafted Simpson number one overall.

Plunkett attended William C. Overfelt High School in the ninth and tenth grades and then transferred and graduated from James Lick. He was a CIF wrestling champion at James Lick, in addition to playing quarterback.

In college, Plunkett won the 1970 Heisman after leading Stanford to a Rose Bowl win over Ohio State. He went on to win two Super Bowls with the Los Angeles Raiders after initially being drafted by the New England Patriots.

White was a great track & field athlete at San Fernando in addition to being a standout running back. He won the 1979 Heisman Trophy after rushing for 2,050 yards during the season for USC. White played in the NFL for the Cleveland Browns and Los Angeles Rams.

Allen played 15 seasons in the NFL for the Los Angeles Raiders and Kansas City Chiefs. He led the Raiders to the Super Bowl XVIII title earning MVP honors.

After playing at Pinole, Torretta led Miami to a co-national championship in 1991. He threw for over 3,000 yards as a senior at Miami in 1992, which won him the Heisman. In his final collegiate game, the Hurricanes lost in the Sugar Bowl to Alabama 34-13. Torretta was a seventh round NFL draft pick and played in just one career game.

Salaam played eight-man football at La Jolla Country Day. At Colorado, Salaam rushed for 2,055 yards in 1994 leading the Buffalos to a No. 3 final ranking in the AP poll. He went on to play for five NFL teams.

Williams rushed for 4,129 yards and 55 touchdowns in high school at Patrick Henry. In his senior season, he ran for 2,099 yards and 25 touchdowns. He was named the San Diego Union-Tribune’s 1994 Player of the Year.

He starred at Texas rushing for over 1,000 yards in each of his four seasons. In 1998, Williams rushed for 2,327 yards and won the Heisman. Texas went 9-3 that year. Williams was selected fifth overall in the 1999 NFL Draft by the New Orleans Saints. He also played for the Miami Dolphins and Baltimore Ravens.

Palmer won two Southern Section championships at Santa Margarita. At USC in his senior Heisman campaign, Palmer completed 309 of 489 passes for 3,942 yards and 33 touchdowns leading the Trojans to an 11-2 record and Orange Bowl win over Iowa. Palmer was drafted No. 1 by the Cincinnati Bengals in 2003. He was a three-time Pro Bowl selection in the NFL. Palmer also played for the Oakland Raiders and Arizona Cardinals.

Bush played high school football at Helix with current Washington Redskins quarterback Alex Smith. In addition to being a football star at Helix, Bush was also a great sprinter.

Bush had a legendary career at USC and is considered one of the best college football players of all time. In his Heisman season in 2005, Bush rushed for 1,740 yards and 16 touchdowns. He averaged a whopping 8.7 yards per carry. USC lost to Texas in the Rose Bowl that year. The Trojans won a national title the year prior.

Bush was drafted No. 1 overall in the 2006 NFL Draft by the New Orleans Saints. He won Super Bowl XLIV with the franchise in 2010. Bush also played for the Dolphins, Lions, 49ers and Bills in the NFL.