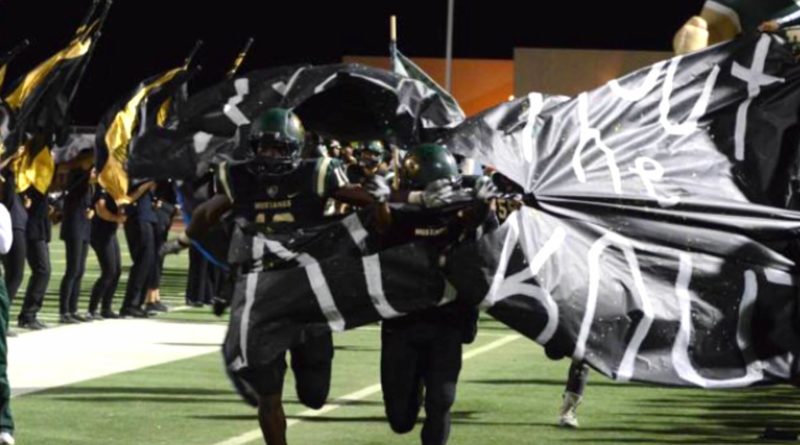 SBLive California is previewing the Top 50 high school football teams in the state ahead of the 2020-2021 season. Even with the season on hold, we will continue to highlight the best teams, players and coaches in California. Here’s an inside look at the Monterey Trail Mustangs of the CIF Sac-Joaquin Section, the No. 20 team in our countdown.

Coach Ewing: “He’s a very athletic kid, highly intelligent and super competitive. When his gears start, he can really go and do something different.”

Coach Ewing: “The Swiss Army Knife. He can play everything, running back, linebacker, safety, corner, receiver, quarterback. He’s so quick and athletic.”

Coach Ewing: “Super athletic in space. Phenomenal agility – forward and backward is the same speed. Jackson has great hands and can catch the ball.”

Coach Ewing: “He’s a both-ways starter. He’s gonna play tackle for us; he played tight end last year. Highly intelligent, super mature, just very athletic and he can let us do a lot of things offensively because of his talent.”

Coach Ewing: “He’s a really good player. He had over 100 tackles last year.”

Coach Ewing: “He played JV last year because he was a transfer and had to sit. They were 9-1 and he dominated.”

“For us we do a good job and have a lot of on campus coaches and we’re really structured with how we provide kids opportunities. I’ve been here 16 years and we took over the program with my assistants, so we have a lot (of coaches) on campus … some former players and some guys that are seriously outstanding people. A few kids fell off there’s no doubt because of the pandemic, there’s no hope in their minds. I’d say three out of the 65 fell off.”

“That’s what happens to schools … if there’s not a physical male role model in front of the kid’s face, that kid falls off. So those kids with two-parent homes and all the financial support, if they go meet up – even if the Governor says to stay home – they still hang out, they still go party, those kids are fine. It’s the other ones who don’t have that structured environment.”

Monterey Trail appears to have the talent and experience to win a section title after coming up short last year.

As the fifth-seed last season, Monterey Trail made an impressive run to the championship game while taking down top-seeded Folsom along the way.

Monterey Trail should be in the mix again this season with Oak Ridge and Folsom as their top competitors. A non-league matchup against St. John Bosco in the regular season will be a great test for the Mustangs.

“Winning our league title, then winning a section title, and winning a state title, that’s our expectations every year. Our kids put that out there, so they have that focus.”

“Then the biggest thing for us is our junior program, building our junior program has really saved us. There’s kids like dance team, or band, or leadership that come to our school because they played football when they were kids … We do get a lot of kids that played youth football for us and stayed the course and now you’re seeing the fruits of the labor the last couple years.”