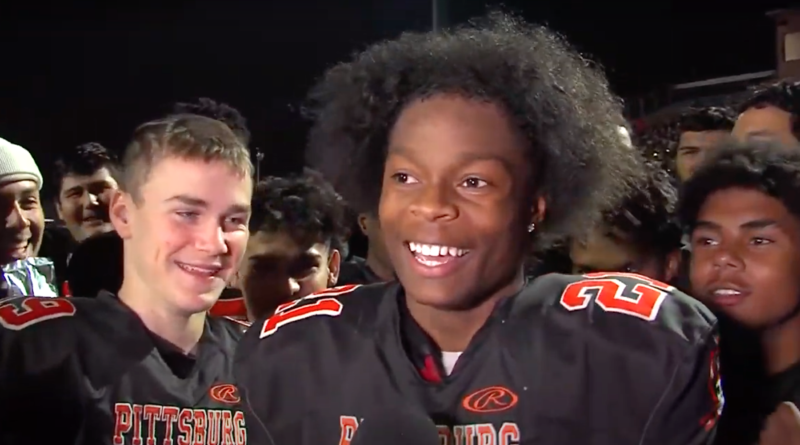 SBLive California is previewing the Top 50 high school football teams in the state ahead of the 2020-2021 season. Even with the season on hold, we will continue to highlight the best teams, players and coaches in California. Here’s an inside look at the Pittsburg Pirates of the CIF North Coast Section, the No. 26 team in our countdown.

As a junior at Whitney (Rocklin) last season, Brickhandler threw for 2,259 yards and 18 touchdowns, and ran for 743 yards and eight more touchdowns.

The all-league UNLV commit had 53 tackles (five for loss) last season, and can also contribute in coverage.

An all-league returner, Lange is a 3-star Cal commit.

Williams made second team all-league as a junior, finishing with eight pass break-ups.

Williams caught for 272 yards and five touchdowns as just a freshman in a crowded receiver rotation. The 4-star ATH prospect is one of the top WR candidates in NorCal to break out at an elite level, and it wouldn’t be surprising to see him become a factor at safety and special teams as well.

Another 4-star sophomore offensive weapon, Rashada transferred in from Liberty (Brentwood). He’s likely penciled in as Pittsburg’s QB2 this season with Brickhandler on board, but at minimum he’s the Pirates’ star quarterback of the future.

As a junior at Freedom, Quesada caught for 853 yards and eight TDs. He’s nationally ranked and has received D-1 interest, so all signs indicate he will be another major deep threat for Pittsburg this season.

Another transfer from Freedom, Weekly is a 3-star recruit with multiple D-1 offers.

Yet another new face at receiver ready to make an instant impact, Higgins already holds an offer from Arizona State.

The fifth D-1 caliber wideout on the roster (and third sophomore of those five), Polk already has an offer from Cal.

HOW COVID-19 HAS AFFECTED PITTSBURG FOOTBALL

“We did individual workouts … everyone on that team is dedicated to workouts, with and without the team,” said senior CB Lamont Fortenberry.

“We were able to do stuff as a group [within COVID-19 guidelines]. The pandemic was a minor setback but we’re changing that into a major comeback.”

Last season, Pittsburg proved to be the second-best team in Division 1 behind De La Salle. The Pirates return some talented upperclassmen and also got a large influx of transfers who will one day play Division I ball. This squad could potentially separate farther from the rest of the pack this season.

Despite going 11-1 up until the finals, losing only to Serra San Mateo, Pittsburg fell 49-7 in the title game to De La Salle. So, the best-case scenario in 2021 would be going undefeated through the regular season and first rounds of the playoffs, and coming into the title game against De La Salle on some kind of tear that gives them a shot at doing the unthinkable – ending DLS’ unbeaten streak of over 300 games against NorCal foes.

This is a talented Pittsburg team that has an identity of not backing down to anybody. And coach Galli probably wouldn’t have scheduled arguably the hardest non-league slate in Northern California – Serra San Mateo, San Jose Valley Christian, Wilcox, Half Moon Bay, Monterey Trail – if the Pirates weren’t aiming high.

Despite its abundance of competition, Pittsburg is the favorite to win the hotly contested Bay Valley League and make another finals appearance. Don’t expect anything less than another playoff surge and a top-three finish in the section.

“Everyone’s been training and exercising and stretching and taking really good care of their bodies … Our goal is go off and dominate every single one of our opponents.”