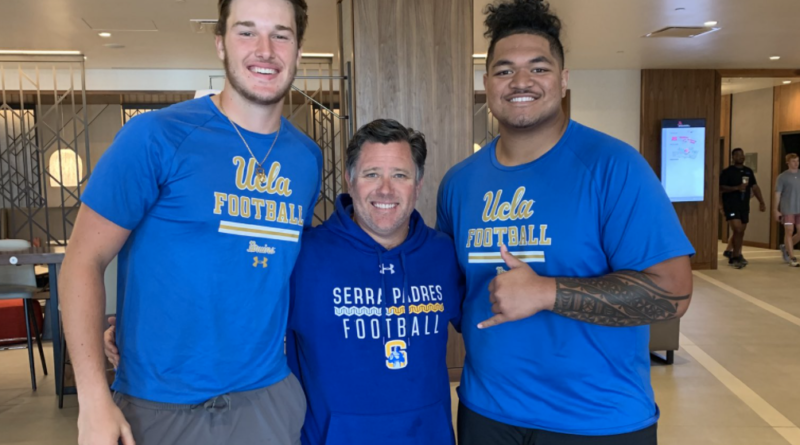 When the California Department of Public Health released updated youth sports guidelines on Monday, they produced a chart (pictured below) informing the public which sports will be allowed based on what COVID-19 tier their county is in.

With guidance from their Sports Medicine Advisory Committee, the California Interscholastic Federation had been lobbying the Governor’s Office and CDPH to allow more sports — including football — to be played in the red “substantial” tier. Instead, football is currently in the orange “moderate” tier.

The discussions between the CIF and the CDPH are ongoing. The CDPH will reassess the guidelines by Jan. 4, based on California virus transmission trends. Under the current guidelines, high school sports won’t start in the state until Jan. 25 at the earliest.

“We’re after the opportunity to prove that we can execute youth sports in a healthy and safe environment while following COVID protocols,” Walsh said in an interview with SBLive on Thursday.

Walsh feels that moving football from the orange tier to the red tier will be the only way to have a football season for 2021 seniors.

He hopes to lobby the state government and CDPH through speaking with state assembly members, something the Serra football team did with their local assemblyman, Kevin Mullin, last week.

“Kevin shares our concerns,” Walsh said. “The first person I reached out to following the guidelines coming out on Monday was Kevin. He’s one man within the government structure and he’s not Governor Newsom, but he wants to help.”

In his email to coaches, Walsh urged them to meet with their own local legislators to try to move football from orange to red.

“We are an army of doers,” the email reads. “Coaches ALWAYS have been. And although many of you feel helpless, join the club, we still can do something for our Student-Athletes and their families. Contact your local assemblyman/woman – set up a zoom call and let them know the dire situation our kids are in. Stress, Anxiety, Mental Health is failing – we CAN do it safely as our colleagues have done in other states before us. Ask them for help – let them know that their constituents need football moved from Orange to Red. If they organize and assist on the Assembly Floor in Sacramento, perhaps they can influence the CDPH and the Gov’s Office.”

Walsh remembers what his senior football season meant to him. Giving that opportunity to his seniors, in a safe way, is what has driven him to make this push.

“My senior year of football formulated and shaped my entire existence,” he said. “Playing for Bob Ladouceur at De La Salle had a profound impact on my life and affected the type of person that I strive to be daily.”