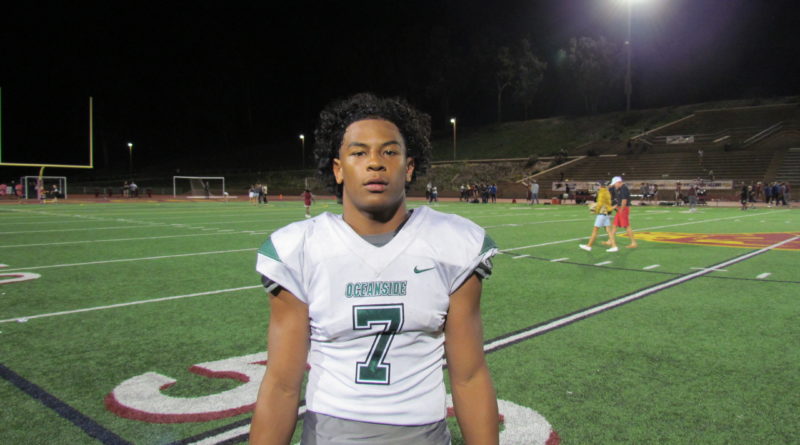 The early signing period for Class of 2021 high school football players begins on Wednesday, and there are multiple CIF San Diego Section stars who have not yet committed to a college.

Here’s a look at the top uncommitted seniors across the San Diego Section who hold Division I college football offers. The list is in alphabetical order.

Did we miss anyone? Please email bodie@scorebooklive.com and we’ll update the list.

Campbell was committed to Army before reopening his recruitment in November.

Cardwell is ranked as the top running back on the west coast by 247sports.com. Florida State, Texas A&M, UCLA USC, Cal, and Oregon are among his possible destinations.

Hicks is a standout player on both sides of the ball. He has offers from New Mexico and Montana.

Jefferson is a playmaker on offense and defense. Arizona State, Central Michigan, and Colorado State are among his offers.

McComb has an offer from Eastern Kentucky.

Boise State and San Diego State are among Petry’s double-digit offer sheet. He transferred from Bishop’s to Helix for his senior season.

Ramirez picked up an offer from New Mexico earlier this month.

Schipper was committed to South Dakota before opening things back up in September.

Army, Air Force, and Davidson are among the offers that Solis has received.

Simmons has picked up offers from each of the Power Five conferences during his recruitment and was formerly committed to Oregon. He’s also considering San Diego State.

Smith has offers from Colorado and Central Florida.

Idaho and Valparaiso are among the several offers that have come in for Taumoepeau.