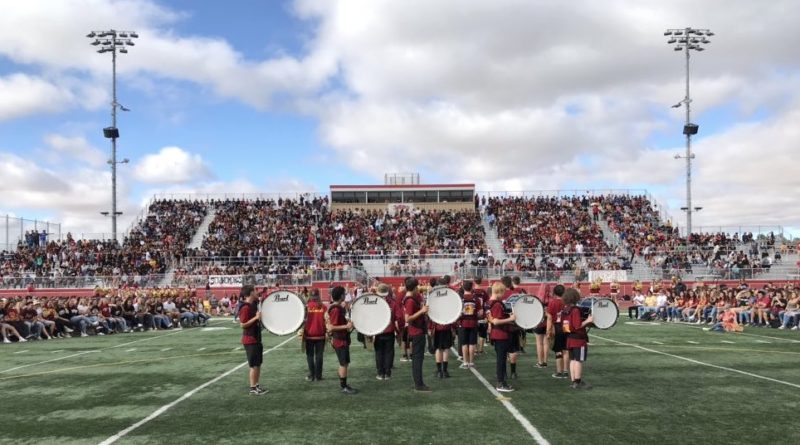 SBLive California is previewing the Top 50 high school football teams in the state ahead of the 2020-2021 season. Even with the season on hold, we will continue to highlight the best teams, players and coaches in California. Here’s an inside look at the Liberty Lions of the CIF North Coast Section, the No. 28 team in our countdown.

Matt Hoefs was hired as the Liberty head football coach in July after Ryan Partridge left to be the linebackers coach at Ferris State University. Hoefs was on the staff last year as the special teams coordinator and tight ends and safeties coach. He had been promoted to defensive coordinator in the offseason before Partridge left.

All games are at 7 p.m. unless noted otherwise

Flores was buried behind talented senior backs last season, but caught for 174 yards in eight games. This season, the nationally-ranked RB/slot receiver is a prime breakout candidate both running and catching the football.

“Pound for pound, he’s probably the toughest kid on the team,” said coach Hoefs. “He might not be tall (5-7), but he’s ferocious.”

Borrelli was fourth on the team in tackles last season as just a sophomore at strong safety. This year he will anchor the defense from both the safety spot and likely some time at OLB.

Coach Hoefs: “Has the most returning experience on defense. Has gained about 20 pounds; he’s got a bright future for only a junior.”

Coach Hoefs: “We have a QB battle between Hunter Steacker and Nate Bell, junior and sophomore, respectively. Both athletic quarterbacks, very talented, so far they’ve been neck-and-neck. That’s a great battle. Glad we got some competition at that spot. They’re both so talented – whoever is not behind center is going to be playing somewhere. Hunter was a receiver at De La Salle last season. Nate is a 3-sport athlete.”

Coach Hoefs: “He’s been injured the last 2 years, two season-ending injuries, but he was the best player on the field as a freshman. He’s a big back at 5-10, 220. And now he’s healthy.”

Coach Hoefs said he’s confident in McCurry and Seelye as breakout two-way linemen this season. Both got a little bit of varsity experience last season (McCurry as a reserve, Seelye at Walnut Creek before transferring) and will lead the charge in the trenches as seniors.

Coach Hoefs: “Card and Carr are both sophomores who have the ability to play college football. They’re extremely athletic WR/DBs with pretty bright futures.”

HOW COVID-19 HAS IMPACTED LIBERTY FOOTBALL

“We’ve been working out in these pods since June,” said coach Hoefs. “We’ve had sporadic breaks here and there, but we’re definitely ready to move on to the next phase, put the gear on and play 11 on 11. Of course, we’re just happy to be out there practicing at all.

“We’ve been finding creative ways to still be within the guidelines of our school district. For example, we can’t do traditional inside run or 7-on-7, so we bought a bunch of trash cans and we are running plays against the trash cans. We still can’t get in the weight room, but we got some weights outside. It’s definitely not the same, but we’ve improved month by month. At first it was mostly just conditioning, then we started doing system stuff, but we still can only have 15 people at a time, and everyone has moments where they start to get tired of it.”

Because of the pandemic, Liberty also lost 4-star DE Akili Calhoun to early graduation (Cal). He made first team all-league last season both on defense and at OL.

Liberty is again a major threat to go on a deep run in the CIFNCS Division I playoffs.

Losing Akili Calhoun is a major setback on both lines, but many of the Bay Area’s top seniors will miss their seasons to early graduation, so Liberty is not alone in this boat. Even with less established star talent than the other top CIFNCS contenders, the Lions have a deep list of breakout candidates on both sides of the ball who could change the landscape by playoff time.

To win their league, and also to make the finals, they’ll likely have to go through a formidable Pittsburg squad that beat them twice in close games last season. The Lions will be the underdog in that matchup, but by no means should anyone count them out.

While the 2020-21 season should result in another playoff berth for Liberty, the program is also going through a rebuild at the same time. Not only do they have a new head coach, but they also have new coordinators and a lot of administrative overhaul, plus a laundry list of voids to fill on the field.

Despite all the change, this team is still likely to make the playoffs and record postseason victories. The Lions will just face challenging – but not impossible – odds to be one of the final two teams left standing.

“(Former Liberty head coach) Ryan Partridge has been a good friend of mine for over 25 years, so I knew a lot about the Liberty football program going into my first year here last season. It was a good situation … building relationships with kids and staff last year (coaching tight ends, safeties, and special teams) – they all know me by now.

“Our goals and expectations kind of always remain the same – to start, win a league championship. Our league is pretty tough, if we do that, we can compete on a regional and state level.

“Smaller goals are week-by-week stuff, make sure these seniors haven’t played their last game, building this program as we go. It’s a weird time to kickstart a program that’s already been so successful lately. When a new coach comes in, you want to bring all the energy and enthusiasm, and set the tone for the culture, but I feel like I’ve been robbed of that because we can’t do anything. At the same time, I still feel blessed that I’ve gotten this opportunity.

“We’re definitely different from the last few years. We’re still figuring out what our identity is, with all the restrictions, not having the weight room and the full practices. We lost a lot. The 2020 class was very special.

“But we have the chance to have a special season. And so do a lot of teams on our schedule. We just have to take it week by week and take care of our business.”