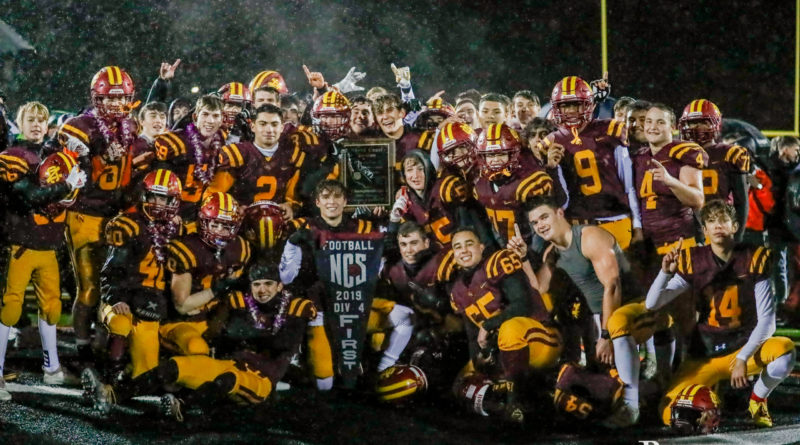 SBLive California is previewing the Top 50 high school football teams in the state ahead of the 2020-2021 season. Even with the season on hold, we will continue to highlight the best teams, players and coaches in California. Here’s an inside look at the Cardinal Newman Cardinals of the CIF North Coast Section, the No. 31 team in our countdown.

(All photos are courtesy of Jim Rael Photography)

A 3-star Washington State commit, Nunnally caught for 770 yards and 10 touchdowns last season. He also had some strong work at DB in limited reps.

Moran is committed to Long Beach State for baseball, but is one of the most versatile football players in the Bay Area, and has been a varsity player since his freshman season. In 2019, he led the Cardinals with 750 rushing yards and 12 rushing touchdowns, and also had 318 yards and a touchdown in the air as a pass-catching RB. On defense, he recorded 108 tackles, 12 tackles for loss, two sacks, two interceptions, four pass breakups, a fumble recovery, and two blocked punts.

After missing nearly the entire regular season, Moran was a huge part of Cardinal Newman’s title runs, and coach Cronin calls him a potential D-1 recruit this year. In only six games he finished with 31 tackles, five tackles for loss, and two sacks.

Another potential D-1 prospect going into his senior year, Russell led the team with 125 tackles last year to go with 10 tackles for loss. His best game last season was a 14-tackle, two-TFL effort to lift the Cardinals over Marin Catholic in a 13-10 section title victory.

One of NorCal’s top sophomores, Acevedo was a rare freshman impact player on a state championship team in 2019. He went for 64 tackles, 13 TFLs, five sacks, and a forced fumble in 11 games.

Castello ran for 100 yards last season as Cardinal Newman’s RB4, but coach Cronin is expecting a breakout senior season for him in a bigger role.

Williams is a staple of the Cardinals’ offensive line, and also had 19 tackles in the mix at D-line last season. This season he’ll remain an O-line anchor and also have a bigger impact on defense.

“He’s a first-time starter but has been around the program since he was 3 years old,” coach Cronin said. “He’s been around the sideline since the 2008 team. He’s 6-4, throws a nice ball, a year younger than his class. Potential college guy, but during this year he hasn’t had an opportunity to be recruited because of the pandemic.”

The senior core of Nunnally, S. Moran, Z. Moran, Russell, Castello, and Williams is not only an experienced group of six college-caliber talents, but part of a group of senior leaders that have gone through a ton as a unit.

Their freshman year, 2017-18, Cardinal Newman High School was significantly damaged in the Tubbs Fire that changed Sonoma County forever. Wildfires cost the Cardinals’ 2018-19 team a shot at a state title after the NCS Division III championship couldn’t be played due to smoke, and they lost the coin flip to Eureka.

Per coach Cronin, last year’s team “put it on their own shoulders to play for the team that lost the coin flip the year before, which some would say was a more talented team.” And they succeeded, with 2020-21 potentially bringing more championships if a pandemic doesn’t stop them.

“We’ve been going since June within the guidelines, doing football stuff that doesn’t involve contact. We brought our weight room outside in July and have been working outside since then. What the players have shown in this difficult time is that they’re committed. They show up to everything on time, and are very close as a team, with strong senior leadership.”

“We started with Zoom weight training in March. Everybody would show up for it at 7 a.m. every day, and then that actually went from just football to the whole Cardinal Newman athlete community. In April, we started having weekly motivational speakers, either guys who had success as athletes after going to Cardinal Newman, or sometimes professionals who didn’t go to Newman, to get [the players] connected in different ways.

“We started practicing again on June 3, and they’ve been doing stuff together for six months now without putting gear on. It’s like a camp that never ends.”

After a CIFNCS Division IV championship last season, Cardinal Newman may be in Division IV again or might move up a division. Either way, the Cardinals will be the major favorite to repeat as a section champ, and have a very real chance to go undefeated through the playoffs.

Last season they finished 14-1 with only a four-point non-league loss against Liberty (Brentwood), and they could be even better this season.

Whether or not Cardinal Newman goes undefeated, another season of championship contention is not only the most optimistic scenario – it’s the most likely one.

Marin Catholic could present a major challenge again should the two meet in the section championship like last year, but on paper, the Cardinals’ margin over the rest of the North Bay has only gotten bigger.

“Our first goal is just getting on the field and playing a game. Anything after that is depending on what is available for this team once we get there. It’s hard to set specific goals when you don’t know what [the postseason] is going to be like once you get there.

“This is the most talented team we’ve had since I came to Cardinal Newman in 2003.”