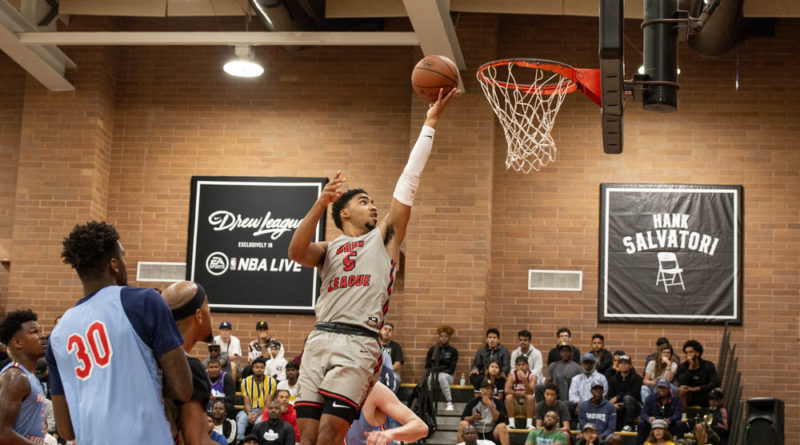 Former Sierra Canyon Trailblazer Kenyon Martin Jr. was drafted in the second round (52nd overall) by the Houston Rockets in the 2020 NBA Draft. The pick initially belonged to the Sacramento Kings but is going to the Rockets as part of a trade.

Martin was a 3-star recruit in the Class of 2019 at Sierra Canyon, averaging 16.4 points and nine rebounds per game his senior year en-route to his second CIF Open Division state championship.

Martin initially committed to Vanderbilt, then decided to spend a prep year playing for IMG Academy’s post-graduate team. In 2019-2020 he averaged 19.6 points, 8.3 rebounds, 1.5 steals and 1.1 blocks per game, leading IMG’s post-graduate team to a 29-3 finish.

WHAT THEY’RE SAYING ABOUT MARTIN

“Standing 6-foot-7 with a powerfully built 215-pound frame and limited length, Martin is not especially big for a power forward, which made the development of his perimeter skills and potential to evolve into more of a wing especially notable. From an athleticism standout, he leaves little to be desired possessing an impressive blend of strength and quickness and the explosiveness… Martin was a force around the rim on both ends of the floor this season scoring at will in spurts and throwing shots in the stands on the defensive end. More importantly, he also showed key growth as a shooter, passer, and ball handler in space.” –NBA.com.