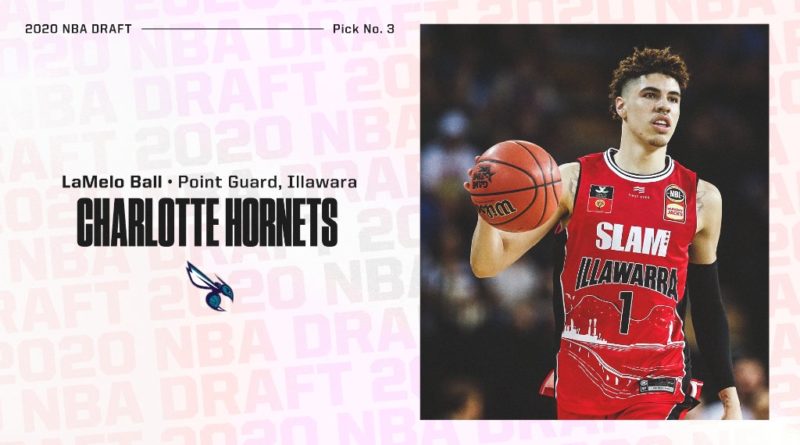 Former Chino Hills star LaMelo Ball was drafted third overall in the 2020 NBA Draft by the Charlotte Hornets on Wednesday.

Ball spent two seasons with Chino Hills as an underclassman in high school, starting as a freshman on the 2015-16 team that went 35-0 and finished as the top-ranked team in the country. He famously dropped 92 points his sophomore season in a win over Los Osos before leaving high school to play with Prienai of the Lithuanian Basketball League. He then played his senior year at SPIRE Academy in Ohio.

SBLive spoke with Ball’s high school coach, Steve Baik, before the draft. Here’s what he had to say:

“In my opinion he’s the most talented kid in the NBA Draft,” said Baik. “What’s amazing is how people are questioning his shooting when from what I’ve seen as a coach, I think he’s going to be like a James Harden with his scoring ability.

“I think he’s a better passer than most people give him credit for. He’s in that 1% of passers with the Lonzo’s, the Magic Johnson’s, the Jason Kidd’s. If he just focused on passing, he would dominate the game, but his strength is scoring, there’s no question about that.”

Check out Baik’s complete interview with Connor Morrissette for an inside look at Ball’s legendary high school career.

WHAT SCOUTS ARE SAYING ABOUT BALL

“A wizard with the ball in his hands with elite ball handling and passing ability … He projects as more of a combo or point guard, but due to his frame he should easily be able to defend some SFs as he gains strength and experience, adding to his intrigue as a prospect … On top of his size, he is also a very coordinated athlete with great body control and agility … A rangy strider, Ball is also capable of playing above the rim … Has the ability to be a real triple double threat on a nightly basis, in addition to his scoring and passing potential … A highly imaginative, instinctive and creative playmaker, Ball applies pressure on the defense because he has an assortment of moves in his arsenal … Adept at reading the defense while on the move, knowing when to pass or shoot … An excellent ball-handler who has a natural feel for setting up defenders with misdirection moves and change of pace dribble combos to get into the lane and create for himself and others … May be the best player in this draft at reading on-ball and help defense simultaneously when operating in pick and roll offense, and he has shown the ability to make flashy pocket passes on the move…” –Jorrye Nixon, NBADraft.net.