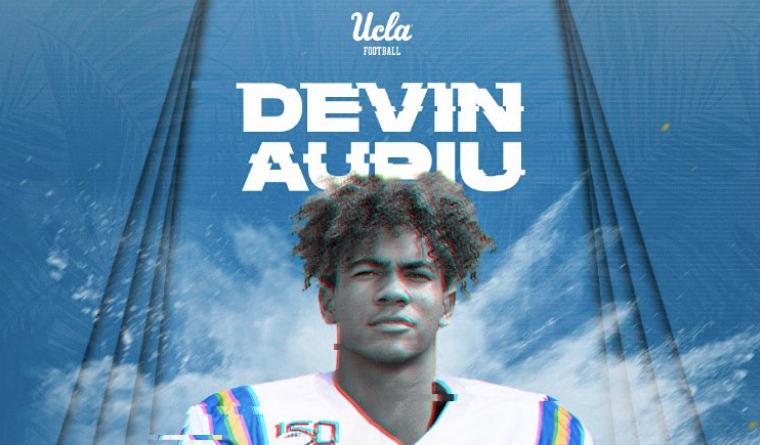 SBLive California is previewing the Top 50 high school football teams in the state ahead of the 2020-2021 season, which is scheduled to kick off the first week of January. Here’s an inside look at the Pacifica Tritons (Oxnard) of the CIF Southern Section, the No. 45 team in our countdown.

Coach Moon: “This dude is phenomenal. In my opinion he’s the second best edge guy in the 2021 class in California behind Korey Foreman of Corona Centennial. He’s a really humble kid. He doesn’t care about the stars and the rankings and all that stuff. You’ll see what our coaching staff has seen over the years this season. We have a running quarterback package and we’ll use Devin for that this season. He’ll be the guy that fills that role on the opposite side of the ball. He can also play receiver or tight end. On defense we’ll use him as a nickel guy, we’ll use him as a D-end and we’ll use him as an outside linebacker. He’s a game changer.”

Coach Moon: “Poi sacked the quarterback at the end of the CIF championship game last season against La Serna. He’s more of a hand in the dirt type of guy. He’ll be a dominant guy for us. We’ll stand him up a little bit, he’ll play end a little bit and he’ll play some receiver for us. We’ll put Poi and Devin on opposite sides of the defense and have offenses pick their poison about which side of the defense they’ll try to attack.”

2019 stats: Made 57 tackles and had four sacks. Forced two fumbles.

Coach Moon: “Julio probably would have started on 80-90% of other Southern California high school football teams a year ago. He’ll also return kicks for us.”

2019 stats: Caught two passes, one for a TD. Made eight tackles.

Coach Moon: “Christian was one of those guys that started half the year for us due to some injuries last season on the offensive line. He’s a leader and will be our starting center. He’s a dominant guy who does well in the weight room. He’s an intelligent guy who will be one of our leaders.”

2019 stats: Blocked four punts. Made 12 tackles and forced a fumble.

Pacifica currently has a four-horse race at the quarterback spot, but two signal callers have separated themselves. Senior Tyler Diaz was the third stringer a year ago who knows the offense. Head coach Mike Moon says he’s a great decision maker. Diaz is the current favorite to start game one.

Freshman Myles Jackson is Diaz’s main competitor. He has a very high ceiling and it’s possible he wins the job outright. Moon says he’ll be a surefire college prospect in a few years.

Thirteen student athletes have transferred into Pacifica this offseason and most of them will have to sit out due to not moving. 2021 UC Davis cornerback commit Christian Calhoun and 2021 Eastern Washington commit Davante Smith may suit up for Pacifica this year, but the pandemic has impacted their families and they could move out of state.

IMPACT OF COVID-19 ON PACIFICA FOOTBALL

“It’s been very tough. We’re in Ventura County, which I know isn’t LA County, but the guidelines are still strict. With us being under the spotlight, being one of the main teams in the area, I have people taking pictures of my practice, so that’s been stressful.

“We come up with creative ideas to keep our kids engaged and try to get them back in shape. We do football-like activities the best we can. But I’ve just been very disappointed with the coaching community and how everybody wants to point fingers. It’s just really bad.

“In terms of practice, we’ve been practicing Monday through Thursday, since I believe September 15th. We’re still practicing in pods and we’re able to use the football now. We’re able to lift weights now too, which has been happening for the last three weeks, which is great. And so we’re trying to do the best we can to simulate football activity without having full team practices. We’ve done a lot of individual work, things like that.

“The good part of it is we were able to get the kids all back in pretty good shape. Now we’re back in the weight room, so we’re starting from square one because most of our kids don’t have enough money for gym memberships. Besides pushups and Zoom workouts, there wasn’t any weight training for a good six months so I’m kind of excited where we’re at right now just to get them back in shape strength wise.

“We’ve had a couple kids choose not to play football this year, but it was more about seniors who weren’t going to play much who wanted to focus on their academics or get a job. This happened with five kids.”

A playoff appearance. Pacifica has a lot of transfers who won’t be eligible until the sixth game of the season due to the sit out period. If those players can help the Tritons finish second in the Pacific League again, Pacifica will make the playoffs. They may even win a game or two depending on their division placement.

A team that starts a little slow and finishes strong. Losing 20 starters is tough and with COVID-19 impacting how teams can practice, Pacifica may have a slow start to the year due to the fact that they have to replace so many starters. The schedule isn’t too challenging, so expect the Tritons to be in just about every game they’ll play. If the season takes place, it will be a fun year for Mike Moon’s staff trying to figure out how to maximize an inexperienced roster.

“Some years you write your lineup down on paper and you say, alright the pressure is on us and then some years you’re like alright we’ve got to push through to try and make the playoffs. Last year it was championship or bust. My expectation for this group is to go as deep into the playoffs as possible. Of course, we graduated 20 starters, so that’s difficult but the few seniors that we’re bringing back, we have some D1 guys. We’ve also had some kids transfer in that we like, but they’ll have to sit out. We’re looking at this season optimistically as a coaching staff. “