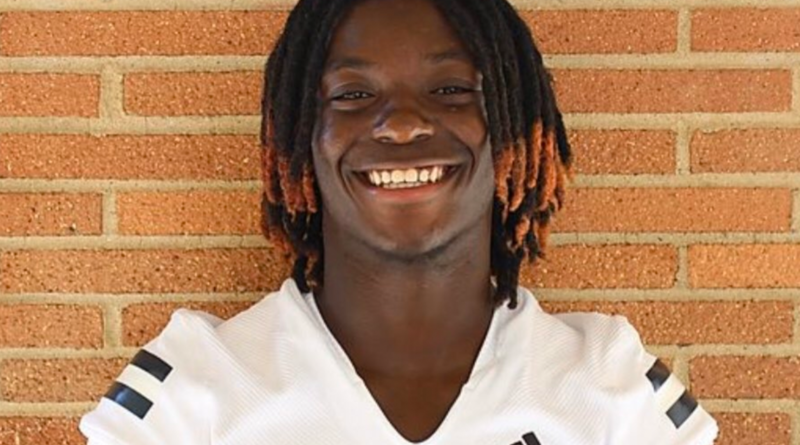 SBLive California will preview the Top 50 high school football teams in the state ahead of the 2020-2021 season, which is scheduled to kick off the first week of January. Here’s an inside look at the Bullard Knights of the CIF Central Section, the No. 50 team in our countdown.

Coach Arax: “Weiner’s got very good arm strength. He is a very good athlete, baseball and football guy. He can run well. He has worked extensively in the offseason to shorten his delivery. We’re going to try to get back to getting vertical and throwing the ball, taking shots deep since he’s got the arm strength for it.”

Coach Arax: “Posey was an All-Section player last season. He’s on the brink of getting offered a couple scholarships. Posey should be the top defensive lineman in our Valley this year. He’s a Marshawn Lynch-type tailback on offense. In my 21 years, we’ve sent guys to USC, UCLA, all over and he’s one of the best football players I’ve ever coached.”

Coach Arax: “Vai is the third brother in the family to play for me. He’s a national caliber rugby player. This kid dominated last year as an inside linebacker for us. He’s a true sideline to sideline football player.”

Coach Arax: “Dereck is already 6-foot-4 and 295 pounds. Last year was his first year playing football and the improvement was dramatic. He’s already getting recruited. He’s a really hard worker. We’re very excited about him.”

IMPACT OF COVID-19 ON BULLARD FOOTBALL

“I’m a pretty serious football coach, but this COVID thing, I’m trying to make this as enjoyable as possible. You know how your typical football coach acts, if a kid is late, they usually get punished. We’re working really hard because if we play this season, we’re going to compete. But I’m trying to make this fun because it’s a difficult situation. This thing has taken a toll on kids.”

“I have kids from all different backgrounds. There are a couple of kids that are just gone. When I say they’re gone, I mean, they’re not showing up to online school. We can’t locate them. There’s only one kid who’s been in touch with me where his family has him working so he hasn’t been able to focus on football.”

“There’s one returning starter that’s dropped out. He doesn’t want to have the rug pulled out from under him. So I know that’s why he’s waiting and I’ve met with him a couple times. He’s really the only standout that is not playing. I think once there’s a game and he sees it there, I think he’ll play.”

The best case scenario for Bullard is that everything comes together and the Knights compete for a Central Section championship. Bringing back Bryce Weiner at quarterback is huge and Bullard’s defense will be intimidating again thanks to T’ky Posey and Vai Kruse.

Arax says this is one of the best teams he’s ever had in his 21 years on the job. That should get Knights fans excited.

Bullard should reach the Division 1 semifinals in the Central Section again. With eight starters coming back on each side of the ball, that should be the floor for this group.

We know the Knights have their sights set on something bigger though. Staying healthy and avoiding COVID-19 stoppages will be key for any high school football team in 2020-21. If Bullard can do that, they could make a deeper playoff run than they did a year ago.

“In my twenty one years, I think this is one of our two or three most talented teams, so we’re pretty excited about the season and nervous at the same time because we are worried that we’re not going to be able to play some games because of COVID. I ultimately think we will play, but there hasn’t been great direction on a national level, on a state level and on a local level. We’re practicing, but we don’t know exactly what’s going to happen. The guys like hanging out with each other at practice. It’s fun. I called practice the other day and the kids said, no, let’s keep going. That doesn’t happen very often.

“This team is talented and they know it so that’s the strength. There are no huge big weaknesses and a couple of weaknesses we have, we have had kids pop in. We had a couple of kids transfer in. We also had a kid that hadn’t played for three or four years since middle school and he transferred in. He’s now going to be a fullback for us.”

“So obviously it all starts at any level with the quarterback. We have a very good quarterback, but we have this group of really talented receivers and we’ve always been known as a running back school because we’ve had great tailbacks, but we’re going to fling it a little bit this year as well.

“We set as a goal that we want to go to the championship game, we want to play in the finals. And I know obviously there’s some really good teams in our section. Central’s going to be good, Clovis will be too, Liberty in Bakersfield as well and us.”