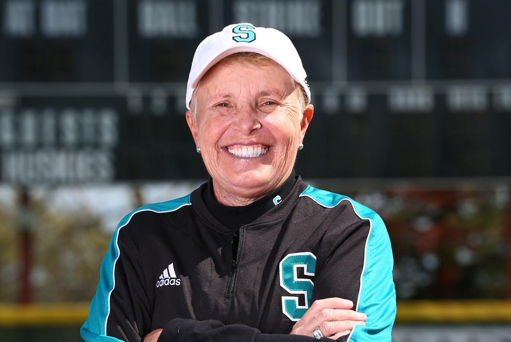 Garza had the Huskies at 7-0 and had outscored opponents by 49 runs before the COVID-19 stoppage.

Wilson guided the Pacers to a win over St. Mary’s (Stockton) for the Sac-Joaquin D2 Championship and a berth into the CIF State D1 playoffs.

Ota helped the Lions reach the semifinals of the Sac-Joaquin D1 Championship.

Selby, a long time cross country coach, has been with Nevada Union for the past two seasons.

Lassetter has coached cross country for several decades and started with the Wolfpack in 2008.

Musseman led the Indians to a 14-1 season that included a Sac-Joaquin Section D5 Championship and a win over Highland to capture the D4-AA CIF State Championship.

Healy has been the golf coach at Granite Bay since 2014.

After losing in the D4 section championship, Villalobos led the Nighthawks to the Northern California D4 Regional Championship.

Martinez guided the Eagles to a 3-1 win over top-seeded Ripon in the D4 section championship.

Truesdale has won 759 games and eight section championships during her tenure at Sheldon. (Truesdale is pictured above)

Hellestad oversees both the Swimming and Water Polo teams at Nevada Union.

Yancher had his team partner with St. Francis for a virtual league championship in which the athletes competed in scavenger hunts and other competitions.

Eckenberg coaches both the boys and girls teams and has been at Rocklin since 1998.

Melfort helped the Timberwolves capture the D4 section championship in 2019-20, beating Central Catholic in the final.

The Harms’ have been longtime Track & Field and Cross Country coaches at El Dorado.

Unterholzner has been in charge of track & field at Bella Vista for 29 seasons.

Soyama led the Eagles into the Division 3 playoffs while fighting an illness that resulted in two amputations.

Beckhart has been the longtime boys and girls wrestling coach for the Hawks.

Mannsuetti had his team out to a 3-0 start, having swept all three opponents, before the COVID-19 shutdown.

Arsich had three athletes from Natomas qualify for the CIF State meet in 2019.