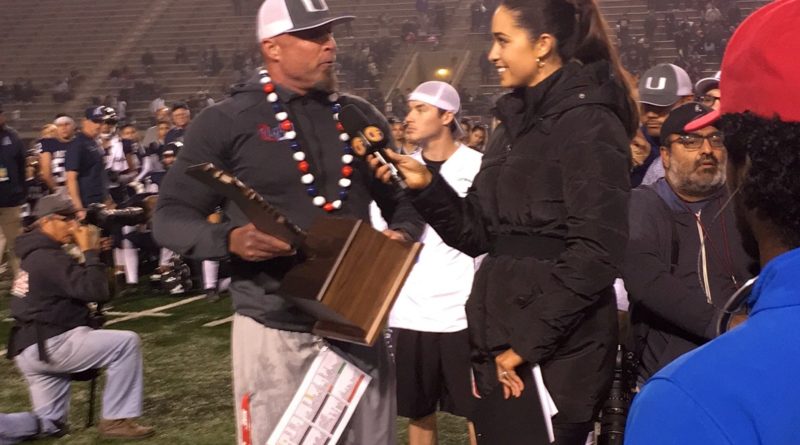 Per the CIF, “The coaches were selected based on the positive work they have done with the student-athletes in their respective sports programs.”

Arnerich has been Alameda’s head coach since 2004 and has won numerous awards for his success with the Hornets.

Saia led the Wildcats to a CIFNCS Division 4 semifinals appearance in 2019-20, and a CIF Division III state playoffs berth.

In his tenure with the Gaels, Williams has guided Dublin to regular dominance and its first ever NCS championship in 2016.

Seabrook led Northgate to a sixth-place finish at NCS in 2019.

The Ugly Eagles won a Division II section title, and their first ever CIF state championship at the 2-AA level in 2019-20.

Eidson is not only the longtime defensive coordinator of one of the most storied programs in high school football history, but also the Spartans’ standout golf coach. His work includes a 2016 NCS title.

Montgomery went a staggering 26-0-1 on its way to winning a CIF Division I Northern California Regional Championship.

Murray guides the cheer program at Jesse Bethel in Vallejo.

Gaebler has coached at BHS for 30 years, coaching girls swimming and both boys and girls water polo.

McCollum has long run a strong program at Miramonte, which won a 2012 NCS title under his guidance.

Dela Cruz was named the Northern California High School Girls Coach of the Year by the United States Professional Tennis Association for guiding the Jaguars to the 2019 NCS playoffs.

The list of accomplishments for the longtime Stuart Hall head coach includes four NCS Class A titles from 2014-18.

MC made it to the 2019 CIF State Open Division title game. The Wildcats won four straight section titles under Spain from 2014-2017.

Gerlach has received numerous honors for his work at Drake, including a REWOCA 2018 Person of the Year award.