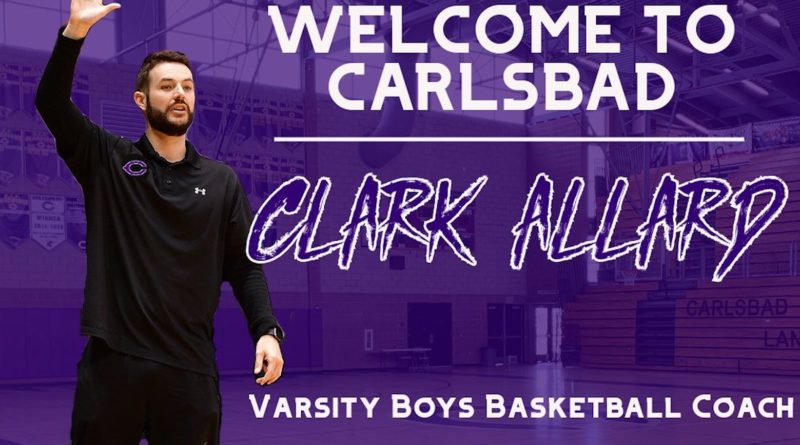 Clark Allard has been hired as the varsity boys basketball coach at Carlsbad High School, the school announced on Tuesday.

Allard, who spent the past seven seasons as an assistant coach at Torrey Pines, replaces Sam Eshelman who stepped down as the Lancer’s head coach to become the school’s athletic director.

Allard helped the Falcons to a 190-38 overall record during the past seven seasons and a record of 69-1 in league play.