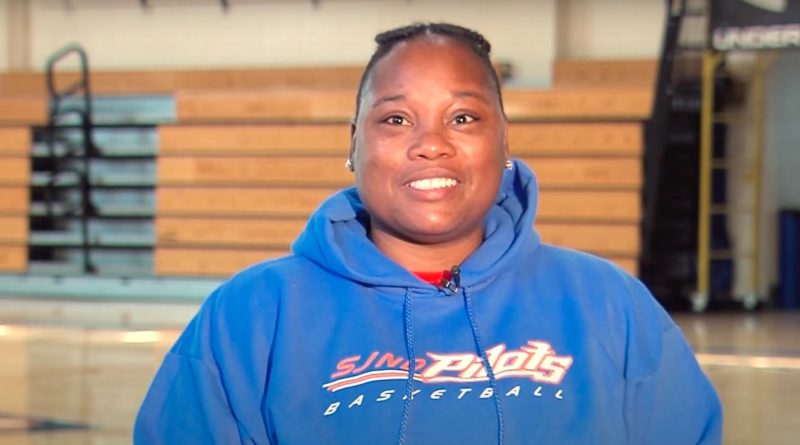 There is no town that loves its basketball more than Oakland.

Gray-Lawson, who played for the Oakland Tech Bulldogs, was a hard-nosed and tenacious player. A 5-foot-8 guard, Gray-Lawson teamed with 6-foot-3 center Devenei Hampton to lead Oakland Tech to back-to-back CIF state titles in 2004 and 2005. Gray-Lawson was named a Parade and McDonald’s All-American in 2005.

“For me it was all about building a legacy,” said Gray-Lawson. “I always wanted to go in and prove that I was the best, and I think that’s something you have to do solo. Or you think you have to do it solo and then you get there as a freshman. I had some amazing upperclassmen who really took me under their arms and showed me what it was to be a great teammate. Because of that it allowed me to flourish as a basketball player.”

Gray-Lawson and Hampton both signed with Cal and helped rejuvenate the Golden Bears women’s basketball program. As a freshman in 2005-06, Gray-Lawson became the first Cal player to be named Pac-10 Freshman of the Year. After tearing the ACL in her right knee nine games into her sophomore season, Gray-Lawson came back to earn All-Pac-10 honors for three consecutive seasons, leaving an indelible mark on the program. She finished her career as Cal’s all-time leader in 3-pointers (211) and she played in more games (143) than any player in Cal history.

Gray-Lawson was drafted by the Washington Mystics in the third round of the 2010 WNBA Draft, but injuries derailed her professional career. It was time for a new chapter.

She soon found herself in a strange place learning a new career. Gray-Lawson took a job as an assistant high school basketball coach in Minnesota. Imagine this Oakland basketball star waking up in the morning to several feet of snow in her driveway.

She was impressive from the start, and quickly became the head coach at Como Park High School in St. Paul, Minnesota. In five seasons she led Como Park to two section titles and became the youngest coach in state history to win 100 games. But thoughts of Oakland were never far away.

When the job opened up at St. Joseph Notre Dame in Alameda, Gray-Lawson jumped at the chance to return to the Bay Area. She was named the Pilots’ girls basketball head coach in April.

“Alexis has an impressive track record as a player and most recently, as a high school coach,” St. Joseph Notre Dame athletic director Carlos Arriaga said in a statement when she was hired. “We are fortunate to have someone of her caliber return to the Bay Area to lead our program into the future.”

Gray-Lawson takes over a program that is in great shape. The Pilots won the CIF North Coast Section Open Division title last season and return a talented team. The COVID-19 pandemic has kept the team off the court, but the Pilots are getting ready to resume practice as Alameda County opens up.

And Gray-Lawson can’t wait to get started.

“There are things I think we need to learn that we can grow from,” said Gray-Lawson. “I’ve had a chance to meet with my team a couple of times this past summer, really talk about last year and set goals for this year.”