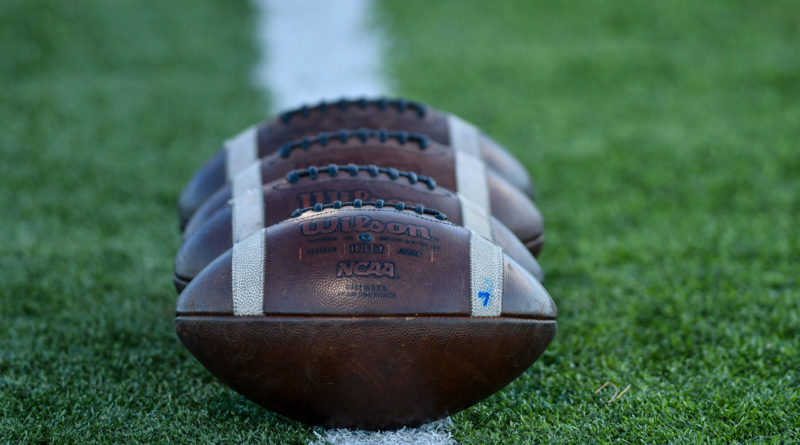 SBLive Sports has launched its own computer-based football ranking system for 11-man football rankings within the state of Arkansas. Our computer rankings have been created for the enjoyment of fans and are not official state rankings.

Here’s everything you need to know about SBLive’s computer-based football rankings:

How are the rankings calculated?

SBLive has created its own linear algebra-based ranking algorithm inspired by the Colley Bias-Free Ranking Method. Colley’s Method was created by Wes Colley, Ph.D., an astrophysicist at the University of Alabama at Huntsville. He devised his algorithm in order to help address the subjectivity and controversy regarding BCS college football selections in the 1990s and early 2000s, using a method that used no subjective variables.

The method he developed was one of a small handful used by the NCAA from 2001-2014 to rank football teams for bowl games and the national championship. To this day it is one of the most accurate and well-established linear algebraic rating systems in sports. And Colley’s Method achieves a high level of mathematical precision without incorporating what many call the most important variable in sports rating systems: margin of victory.

Colley’s Method base equation is derived from Laplace’s Rule of Succession, which boils down to the formula:

In order to take strength of schedule into account, Colley replaces number of wins in the numerator with (wins – losses)/2 + sum of opponents’ ratings.

SBLive’s ratings algorithm is built around the above equation, but deviates from Colley in that it also incorporates margin of victory. Our system applies additional adjustments to teams’ ratings based on just how much a team wins or loses by, and also includes an increased significance of teams’ strengths of schedules.

These adjustments amount to a unique algorithm that maintains proportionality to Laplace’s Rule of Succession but aims to address the primary challenges of ranking high school football. Our system was designed to address the high school field consisting of a larger number of teams, more talent disparity between the best and worst teams, and substantially more variation in strength of schedule than in NCAA Division 1 football.

Lastly, since this version of our ranking engine will not have any impact on the AAA football season, the main drawbacks of factoring in margin of victory are not applicable.

What is the difference between ratings and rankings?

A rating is a mathematical value outputted by a rating system that is then compared to the ratings of other teams in order to determine rankings. For instance, the average rating in our model is 0.5 due to its mathematical structure, but the number 0.5 is only useful for comparing to other teams’ ratings.

The rating is a means to the end goal of providing accurate team rankings, which have no units other than first, second, third, and so on.

How often will the rankings be updated?

The rankings will be released on a weekly basis beginning with the 2021 football season.

Why do the rankings sometimes look weird early in the season?

It is the norm for linear algebraic ranking methods applied to large sample sizes to take significant chunks of a season to shake out correctly. This is because linear algebra is dependent on interconnectivity, so the system needs a large web of game results connecting hundreds of teams in order to output accurate ratings/rankings.

Due to football only being played once a week – meaning it takes half of a regular season to get five games worth of data per team – it is commonplace for football rating systems to start the season with initial values for teams. Then when the majority of a regular season is played, teams’ initial values are entirely removed from the algorithm. This practice helps avoid the issue of confusing or imperfect rankings early in a season without permanently impacting the rankings.

At this time, SBLive’s 2020 Arkansas high school football rankings do not include any preseason ratings.

Do SBLive’s computer rankings factor in the opinions of SBLive reporters, fan voting, or polls/rankings from coaches or other media?

No. Our ranking system is based solely on the numbers – wins, losses, ties (theoretically), and margin of victory.

SBLive reporters do publish weekly Arkansas high school football expert rankings – both for the whole state and for all six divisions of 11-man football – that are entirely separate from our computer rankings.

The weekly expert rankings published by our reporters are subjective and are based on in-game observations, circumstances and expectations stemming from a previous season, player health, information from local sources and informed personal opinions. Additionally, written power rankings are inherently geared towards recency and projecting the near future.

The goal of SBLive’s computer rankings is not to replace our expert rankings. It’s to provide an alternative, complementary system based in applied statistics and data science that further enhances our platform for our users.

Why are teams sometimes ranked above teams that beat them?

While it can be off-putting to see teams’ rankings defy their head-to-head results on a season, one game only counts for one game. Players and teams are subject to variability in performance from one game to the next, and their performance in just one game does not disproportionally affect their ranking on the season as a whole.

SBLive is working to create an additional algorithm to add to our current system that will prioritize postseason victories (within reasonable mathematic proportion), where head-to-head victories and very recent results take on greater value.

How are ties and forfeits counted in the ranking system?

In the rare occurrence of a tie in football, both teams would be credited with half a win and half a loss. A forfeit will be removed from our ranking engine unless the game was played to completion and the forfeiting team lost the game.

Yes. There is no such thing as a perfect ranking system, but we plan to continually assess results, test potential improvements, and further develop our ranking engine as much as possible.

SBLive will keep this page updated with any changes made to our ranking engine.