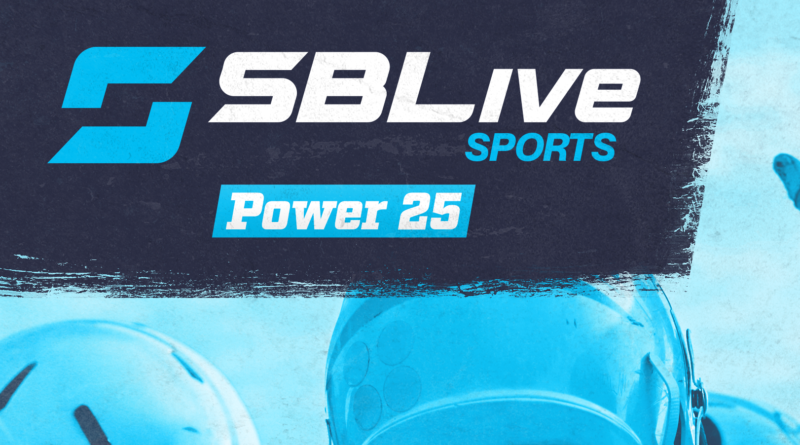 The 2020 high school football season continued across the country this week with 19 SBLive Power 25 teams taking the field. Eighteen of the squads that were included in last week’s Power 25 won, with the exception of No. 15 Shadow Creek (Pearland, Texas) who fell to No. 2 North Shore (Houston, Texas) 38-21.

With so many teams now in action — thanks to 6A and 5A schools in Texas beginning their seasons — a few teams were shuffled around in our latest rankings.

The SBLive Power 25 rankings are compiled by SBLive reporter Connor Morrissette based on observations and conversations with an extensive network of coaching and media sources across the country.

*(Note: School districts in South Florida — which includes Miami-Dade and Broward counties — have been heavily impacted by COVID-19 and have not announced when they will allow their schools to start practice. Because of the uncertainty around when the season will start in those counties, we did not include them in our rankings. We will include schools from those counties in future rankings if they begin play in 2020.)

Ranking rationale: IMG won by a large margin again on Friday, but it wasn’t a dominating performance, which is what we usually see from the Ascenders. The score was 24-14 IMG with 3:24 to play in the third quarter.

In the end, the Ascenders pulled out a 45-14 win. IMG quarterback JJ McCarthy (Michigan commit) finished 16-of-31 passing for 193 yards and a TD in the victory.

IMG Academy plays No. 4 Duncanville on Oct. 10. The Ascenders will need an improved performance to pull out a win in that one.

IMG has six players listed in the top 50 of 247Sports.com’s 2021 Florida recruiting rankings and nine listed on the website’s top 50 for 2022. No one in the country playing in 2020 can compete with that type of roster.

Ranking rationale: North Shore recorded the most impressive win of any team in the country so far this year in their season opener beating Shadow Creek 38-21. The victory moves North Shore to No. 2.

Denver Harris, a consensus top 50 player nationally in the 2022 class, intercepted a pass from Shadow Creek quarterback Kyron Drones with the score tied 14-14 in the second quarter and returned it 90 yards for a touchdown. That was the turning point in the game.

North Shore never trailed on Friday and forced four turnovers from Shadow Creek. They clinched the win on a 20-yard touchdown run by quarterback Dematrius Davis (Auburn commit) with 5:30 to go.

North Shore has won two 6A Division 1 championships in a row in Texas.

Ranking rationale: Grayson’s defense continues to dominate, as it has done all season. The Rams caused five fumbles and recovered three in their 26-7 win over rival Mill Creek on Friday. Through four games, Grayson gives up an average of only 12 points per contest.

On offense, senior running back Phil Mafah (Clemson commit) led the Rams with 21 carries for 145 yards and two touchdowns on Friday.

Ranking rationale: Duncanville returns seven starters on offense and four on defense from last year’s 6A Division 1 runner up team.

2021 quarterback Grayson James, a transfer from John Paul II, will be under center for the Panthers in 2020 following the transfer of sophomore quarterback Chris Parson, who left for Red Oak.

Led by senior two way lineman Savion Byrd, a consensus four star recruit, Duncanville will have a great defensive line. Senior receiver Roderick Daniels, a Baylor commit, is another name to know for the Panthers.

Duncanville has a very tough schedule that includes games against No. 1 IMG Academy and DeSoto. They will be battle tested ahead of the playoffs.

Season opener: TBD – Pennsylvania’s state association is changing its playoff eligibility requirements for teams like St. Joseph’s that may not be able to play the minimum number of games needed to qualify due to COVID-19. St. Joseph’s plans to begin its season next month.

Ranking rationale: Last year’s St. Joseph Prep team won a 6A championship in Pennsylvania and this year’s squad is even better.

Ohio State QB commit Kyle McCord is back for his senior season along with receiver Marvin Harrison Jr, another Buckeye pledge. The Hawks also return linebacker Jeremiah Trotter Jr., a Clemson commit, and Sahmir Hagans, a Duke commit who plays on offense, defense and special teams.

Playing against only Pennsylvania competition in 2020 due to COVID-19 means that St. Joseph’s Prep should dominate in the regular season and postseason.

Ranking rationale: Due to personal reasons, Katy starting quarterback Bronson McClelland did not play in the Tigers’ opener, a game Katy was expected to win by a larger margin.

Katy lost a lot of offensive firepower from last year’s D1 regional semifinalist team, but they return seven defensive starters. The Tigers looked great on that side of the ball in their opener sacking Clear Springs’ quarterback six times.

We’re keeping Katy at No. 6 this week, but if McClelland continues to miss time, the Tigers could fall.

All five of those players are senior leaders who played on last season’s 13-0 Open Division state championship team in Arizona. In 2020, Chandler should do it again.

Ranking rationale: Star junior quarterback Jacurri Brown ran for a 65-yard touchdown in the first quarter to put Lowndes ahead 9-0 and the Vikings never looked back on Friday.

Lowndes plays Valdosta (Ga.) next, which will be a challenging game, but expect Lowndes to win. Valdosta senior quarterback Jake Garcia (USC commit) has only played in one of Valdosta’s three games this season.

Ranking rationale: Westlake had an easy time with Clemens on Friday.  Junior quarterback Cade Klubnik passed for 154 yards and a touchdown. Senior running back Zane Minors ran for 115 yards and two scores in the win.

Westlake won the 6A Division 2 title in Texas a year ago and should make a deep postseason run again in 2020.

Ranking rationale: Ryan may be in Class 5A in Texas, but they will still be one of the big boys nationally and they showed why in their 47-24 win over Martin at AT&T Stadium to start the year last week. The impressive victory propelled the Raiders into the top ten of this week’s Power 25.

University of Texas commit Ja’Tavion Sanders finished with seven receptions for 121 yards and two scores as well as a pick-six in Ryan’s win. Quarterback Seth Henigan threw for 225 yards and three scores.

The Raiders’ game next week at No. 12 Guyer is their toughest contest of the regular season.

Ranking rationale: Trinity starts 11 seniors on defense, a unit that is one of the best in the nation. Male had -35 rushing yards two Fridays ago when they played Trinity. The Shamrocks won a 6A championship in Kentucky last year and are in a great position to do so again in 2020.

Last season Guyer went 14-2 and fell in the 6A Division 2 title game 24-0 to Westlake. Stowers suffered a knee injury in the game and he wasn’t expected to be ready for the start of the 2020 season, but due to the delay to begin the year, he was back on Friday.

Ranking rationale: Lone Peak led 10-0 early and 19-14 at the half last Thursday, but Corner Canyon rallied to win their toughest game of the season 35-25. Senior quarterback Jaxon Dart completed 18 of 30 passes for 329 yards and four touchdowns in the victory.

Dutch Fork has won four state championships in a row. A year ago, the Silver Foxes went 14-0-1 to win a AAAAA state crown.

Ranking rationale: Shadow Creek started off with a doozy against No. 2 North Shore and lost 38-21 last week, but make no mistake, the Sharks are still one of the top teams in the nation.

Even though they’ve moved from 5A to 6A in Texas, Shadow Creek will still make noise in the postseason in 2020.

Ranking rationale: All eyes will be on Carroll’s 2022 quarterback Quinn Ewers, a Texas commit, this season. Ewers is the top quarterback nationally in his class. Last year he threw for 4,003 yards and 45 touchdowns in addition to running for nine scores. Quarterback play like that will give Carroll a shot at Duncanville should they meet in the playoffs again (Duncanville has eliminated Carroll in each of the the past two years).

Overall, the Dragons return three starters on offense and just one on defense from last year’s 13-1 team. Ewers will have trusted target Brady Boyd (Minnesota commit) once again in 2020 as well as an elite kicker in senior Joe McFadden, but overall inexperience is the main concern for the Dragons, especially on defense.

Hosting No. 12 Guyer on Oct. 16 will be Carroll’s biggest test of the regular season.

Ranking rationale: Bergen Catholic begins the year in front of St. Peter’s Prep as the top team out of New Jersey, but it’s by a slim margin.

That decision has everything to do with the Crusaders’ 2022 class headlined by quarterback Steven Angeli and cornerbacks Jaeden Gould and Jayden Bellamy, all of whom are big time prospects.

Pair them with New Jersey’s top 2021 recruit in defensive lineman Tywone Malone, who had 16 tackles for loss a year ago, and you get a special group. Watch out for Bergen this season.

Ranking rationale: Thompson won a big one on the road Friday against Mountain Brook. Junior quarterback Conner Harrell completed 16-of-20 passes for 216 yards and two touchdowns in the win

The Alabama regular season game of the year comes on Oct. 23 when Thompson hosts No. 25 Hoover.

Ranking rationale: Running back Jordan Johnson, a Hawaii pledge, rushed for a touchdown in the game for Allen as did new starting quarterback General Booty, a transfer from California.

Allen has two tough regular season games at Cedar Hill on Oct. 9 and against No. 12 Guyer on Nov. 13, but the five time state champions have shown they can compete with the nation’s best year in and year out and this season will be no different.

Next game: Oct. 1 at Reynoldsburg (Ohio)

Ranking rationale: Another week, another easy win for a Tigers team that won’t lose in the regular season this year. The playoffs in Ohio begin Oct. 9.

After winning Division 1 in Ohio a year ago and returning a number of key players including senior receiver Lorenzo Styles Jr. (Notre Dame commit), senior running back Nick Mosley (Bowling Green commit) and sophomore defensive back Sonny Styles, Pickerington Central will be the top team in Ohio until someone knocks them off in the playoffs.

The good news for St. Peter’s Prep is that they bring back Virginia Tech quarterback commit Tahj Bullock, who threw for 2,274 yards and 26 touchdowns for the champs last season.

The Trojans have outscored their opponents 266-26 this season. Center Grove is a very balanced team, but defense is what makes the Trojans a Power 25 team.

Ranking rationale: American Heritage, a 5A quarterfinalist team in Florida a year ago, is loaded on defense and it showed on Friday. They’re led by safety James Williams (Miami commit), cornerback Earl Little Jr. and defensive end Marvin Jones Jr.

American Heritage is not a Broward County Athletic Association school, so the Patriots were able to start their season ahead of public schools in the county.

The playoffs in Ohio begin Oct. 9.

Next game: Oct. 2 at Hewitt-Trussville (Ala.)

Ranking rationale: Despite missing star senior running back Dylan Pauley for much of the night due to injury, Hoover still ran the ball well on Friday. Senior Brian Porter and junior Jaylen Taylor filled the void nicely. Porter rushed for 104 yards on 18 carries and Taylor had 63 yards on 11 carries with two touchdowns.

Defensively, Hoover held Prattville to just 52 yards. Next week, Hoover will be challenged more against a talented Hewitt-Trussville team (5-1).

OTHER TEAMS ON OUR RADAR