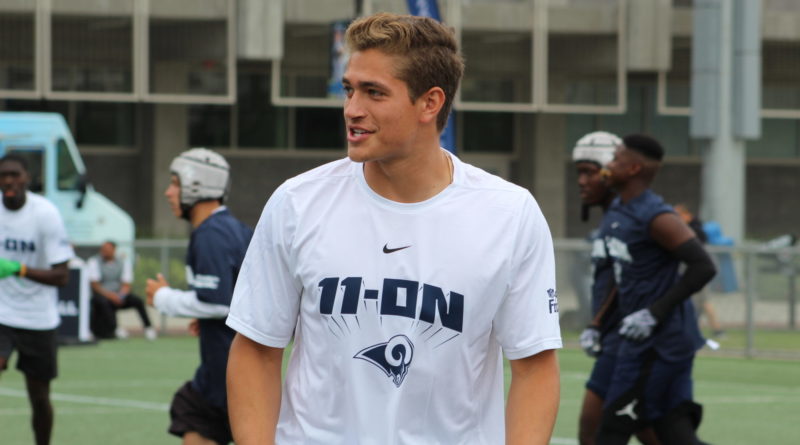 Lone Star is a team on our radar for the Power 25. They’re led by star junior quarterback Garret Rangel. North Forney has two committed 2021 recruits in tight end Kameron Allen (Michigan State) and linebacker Akanimo Asuquo (Northern Illinois). This should be a fun game.

These are the two best teams in Utah. Corner Canyon has won 33 games in a row and hasn’t come close to dropping a game this season, but if they were to lose, Lone Peak would be the team most likely to knock them off.

This will be one of the regular season games of the year. Shadow Creek is the reigning 5A-Division I state champion in Texas and North Shore has won back-to-back 6A-Division I titles in the state. Both teams come into this showdown having won 31 of their last 32 games.

Friday’s game will feature two of the top 2021 quarterbacks in the nation in Shadow Creek’s Kyron Drones, a Baylor commit, and North Shore’s Dematrius Davis, an Auburn pledge.

Westlake won the 6A Division 2 title in Texas a year ago and should make a deep postseason run again in 2020. Four offensive starters are back for the Chaparrals to go along with five defensive returners. Westlake’s top player is 2022 quarterback Cade Klubnik.

Clemens brings back eight offensive starters, but look for Westlake to win by multiple scores.

Martin is a fringe Power 25 team and Ryan is No. 16 this week. This game will be played at AT&T Stadium.

Martin QB Zach Mundell is committed to Army. Ryan is led by their two senior University of Texas commits: Ja’Tavion Sanders and Billy Bowman, both of whom play receiver and also on defense (Sanders in the secondary and Bowman on the D-line). The Raiders’ quarterback returns as well, senior Seth Henigan. He’s committed to Memphis.

While not currently ranked, Parish Episcopal could be by the end of the season. 2021 quarterback Preston Stone is committed to SMU, as is 2021 defensive end Jayden Jones.

Expect the Panthers to make noise in their first game of the season.

No. 8 Lowndes has rolled to a 3-0 start to begin 2020, but they’ll be challenged on Friday thanks to Lee County’s 2021 receiver Chauncey Magwood, a Kentucky commit, and 2022 linebacker Jaron Willis.

2021 USC quarterback commit Jake Garcia will lead Valdosta (if he’s healthy and eligible) against 2021 Minnesota wide receiver commit Lemeke Brockington and Colquitt County on Friday. These are two of the 50 best teams in the country. Both are pushing for a Power 25 berth.

Cathedral can keep its Power 25 hopes alive with a win against La Salle. They’re led by wide receiver Camden Jordan, who has caught seven TD passes in 2020. He’ll face off against a tough La Salle secondary that includes seniors Jaylen Johnson, an Ohio State commit, and Devonta Smith, an Alabama pledge.

Katy lost a lot of offensive firepower from last year’s 6A D1 regional semifinalist team, but the Tigers return seven defensive starters plus starting quarterback Bronson McClelland. Look for the Tigers to win big in their opener.