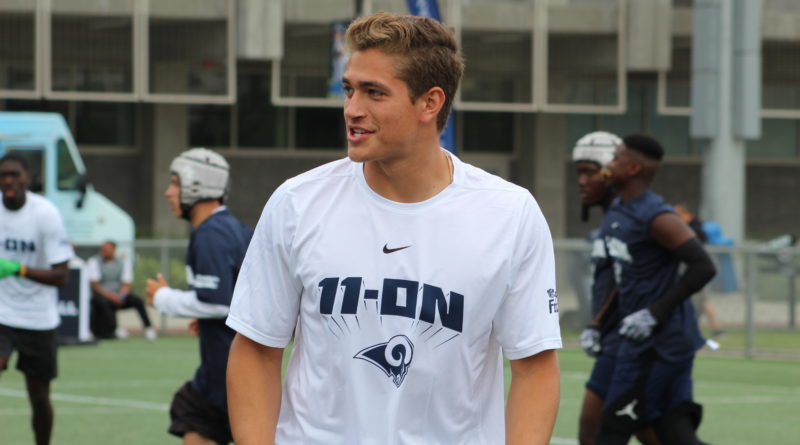 North Gwinnett is ranked fifth in Georgia’s 7A Class by Georgia High School Football Daily. No. 3 Grayson and No. 8 Lowndes are the two teams from Georgia currently in the Power 25, but there are a number of other teams from the state on our radar, including North Gwinnett.

Center Grove flexed its muscle on special teams and on defense in its 20-0 win over Warren Central (Indianapolis, Ind.) last week. We’d like to see more out of the Trojans’ offense this week. Carmel is a top ten team in Indiana, so this will be a good test.

La Salle had a tough time with Elder (Cincinnati, Ohio) last week, squeaking out a 53-52 2OT win. A close win or defeat against St. Xavier this week could move La Salle out of the Power 25. Brownsburg (Ind.) beat St Xavier 30-24 in overtime last week and could move into the Power 25 with a La Salle slip up.

Mentor could move into the Power 25 if they keep winning, but we want to see more from the Cardinals. Senior quarterback Ian Kipp struggled a bit in the first half of last week’s 37-19 win over Medina, going 8-for-21 for 70 yards.

Euclid is a top 20 team in Ohio, let’s see how Kipp bounces back this week.

Valdosta is the preseason No. 1 in Georgia’s 6A Class and Warner Robbins is No. 1 in 5A. Former Narbonne (Harbor City, Calif.) quarterback Jake Garcia, a USC commit, will make his debut for Valdosta in this game. The Wildcats are a team in the Power 25 discussion.

Parkview is the consensus No. 3 team out of Georgia to begin the season. Star senior running back Cody Brown, a Tennessee commit, is a big reason why. Mill Creek will be a good test for Parkview in their season opener. Georgia High School Football Daily ranks Mill Creek as the tenth best team in 7A.

Despite two 3-0 records, both of these teams are pretty far off of the Power 25, but Skyridge is a top five team in Utah and will eventually play Lone Peak and No. 19 Corner Canyon this season. The Falcons could force their way into the Power 25 with wins in those games, but first they’ll need to take care of business against Copper Hills.

Bixby is the top team in Oklahoma and is on our Power 25 radar. Junior running back Braylin Presley had four TDs in last week’s 34-0 win over Union (Tulsa, Okla.). Can he keep that up against Jenks, a top five team in the state?

Broken Arrow, a top five team in Oklahoma, plays Union this week, the team Bixby blanked 34-0 last week. Will the Tigers’ look as dominant on Friday?

Led by star 2022 quarterback Jacurri Brown, No. 8 Lowndes begins its season against Archer on Saturday, the seventh ranked team in Georgia’s 7A Class, per Georgia High School Football Daily.