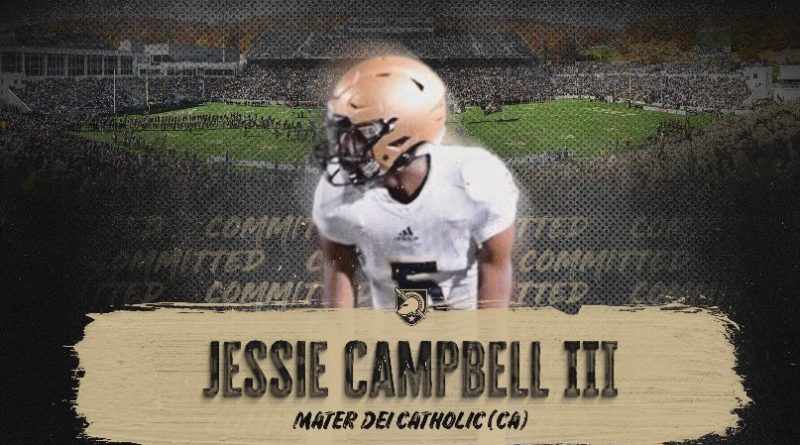 Campbell took up football in 2019 and caught 19 passes for 397 yards and four touchdowns during his first season for the Crusaders. Campbell chose the Black Knights over several offers from schools across the country.

He’s the 23rd football prospect in the class of 2021 to make a college commitment, and the fourth from Mater Dei Catholic, joining Darren Barkins, Josh Meredith, and Nico Estrada.