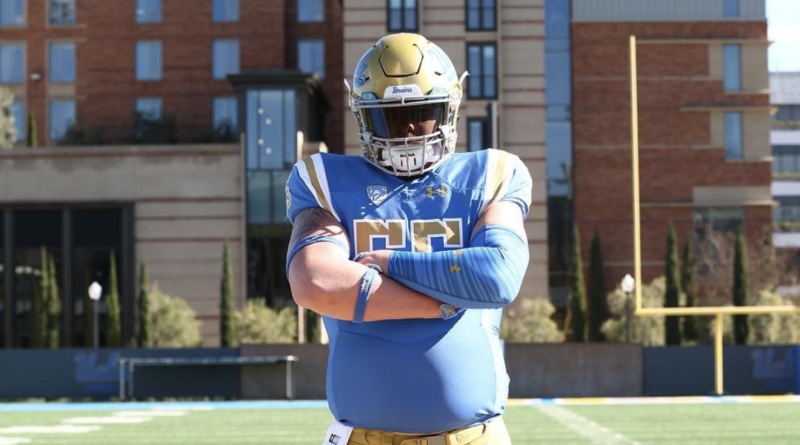 Last week the Pac-12 Conference canceled all sports competitions through the end of 2020. That means there will be no fall football in the conference this year.

2018 Sierra Canyon grad and current UCLA offensive lineman Josh Carlin wasn’t surprised by the decision, but he admitted it will be strange not playing in the fall.

“No one really knows the long term effects of COVID because it’s new,” Carlin said. “Years from now will people have complications? So I understand the powers that be choosing to move the season, but at the same time, we’ve all been working really hard at home. Me not playing football in the fall is definitely going to be weird.”

At UCLA, there is uncertainty about whether there will be a spring season and what that would look like. Carlin said he’d be shocked if the Pac-12 decided to play in the spring of 2021 and then again in the fall.

“There’s no way,” he said. “How are we going to play a season and then come back after taking maybe one to two weeks off and then start fall camp again? That’s tough. I think if they did that, they’d have to ease us into the fall and push back the season again.”

According to Carlin, the timing of that release made the football program look like it was in a worse position with the coronavirus than they actually were at the time.

“That came out late,” Carlin said. “We have not had any positive tests since the beginning of July.”

Carlin was one of the first UCLA players to return to campus this summer and said the school did an excellent job keeping players safe.

“At UCLA, the medical staff and the trainers have been fantastic,” Carlin said. “There hasn’t been a single time where I haven’t felt safe. Every time I went to the facility there were strict protocols, which was great.”

The ACC, Big-12 and SEC are still planning to play football this fall. It’s unclear at this time how the 2021 fall college football season will be affected if those conferences play in 2020 and the Big-10 and Pac-12 do not. Carlin thinks that scenario would put UCLA at a major disadvantage.

“I’m going to be very upset if the ACC, Big 12 and SEC play and we don’t,” Carlin said. “If we’re watching them on Saturdays, I think that would be unfair to players from the two conferences that opted out of the season.”