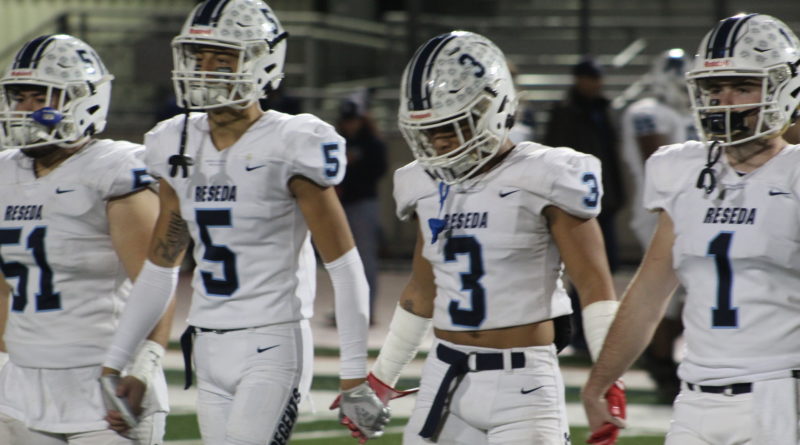 I recently asked Chatsworth Athletic Director Jonathan Sheriff how he would characterize the mental health status of most high school students during the coronavirus pandemic.

“It’s horrendous,” he responded. “A lot of kids can’t stand being at home. They want to be with their friends, they want to be out on the field, they want interactions with people their age. There’s definitely more stress now than during the normal school days.”

And it’s going to continue.

Los Angeles Unified School District schools will begin the new school year the way they ended this past one, with distance learning. The state of the pandemic in the region has left officials with no choice but to keep schools closed and to push back the high school sports calendar. Through Aug. 8 Los Angeles County had reported 4,967 COVID-19 deaths with well over 1,000 positive cases continuing to pop up daily.

The decisions by LAUSD and the CIF are the right ones, but there are ramifications.

“We know that kids are stressed,” King/Drew PE teacher and varsity boys basketball coach Lloyd Webster said. “Without school being an outlet, this is a very dangerous situation going on.”

During the second half of the 2020 spring semester — after schools in LAUSD transitioned to distance learning — a student at King/Drew High School died by suicide.

“This was a kid who was very active on campus,” said Webster. “If the campus was open, maybe he or she could have talked to someone and communicated their problems with them, maybe we could have saved their life.”

Boyle Heights Roosevelt history teacher and football coach Aldo Parral noticed a change in disposition about a month into distance learning last semester from some of his students.

“I saw a lot of kids really impacted by this, kids that were happy go lucky and then they’d jump on the Zooms and you could see their demeanor was just shot,” he said. “And this wasn’t just one kid, I’m talking about 30 or 40 percent of my kids.”

Although rising Reseda junior football player Kameran Charles did well with distance learning last semester and has made time this summer to work out by himself, he admitted he’s dealt with increased anxiety levels due to the pandemic.

“This whole situation is very stressful,” Charles said. “We don’t have [regular] school and we don’t have sports, we’re trying to make sure that we’re still sane and not losing our minds in the house all day everyday. It’s very difficult and stressful.”

The spread of the coronavirus has made exercising more difficult for high school athletes. High school gyms and school facilities are closed, and many students are spending day after day at home. Some athletes are rightfully fearful of working out in groups and catching the virus. Between Zoom team practices and solo workout regiments, this has been a summer unlike any other.

“Normally I’d be working out a lot, it would be an everyday thing, but lately I can’t because I don’t want to be out of the house too long and maybe contract something,” Charles said. “I don’t want to risk my health. Usually I’d be doing more, but I am still out there doing some things just to get prepared for football.”

Working out together virtually has been successful for some high school teams, but for others it’s a challenge due to a lack of resources.

“Our football coach at Chatsworth has Zoom sessions on his own and he gets about 18-20 kids,” Sheriff said. “It’s partially because some kids don’t have access, or maybe they only have one computer in the house or maybe their computer needs to stay in the house and there isn’t space to workout there.”

In a normal year, high school athletes would be gathering together at school for summer practice and workouts, or maybe playing for a club team. Not having those outlets hurts. A new mental health study from the University of Wisconsin has shown that less exercise can lead to lower quality of life scores among adolescents.

“It’s been very tough,” said View Park volleyball and rugby player Kimaya Lampkin. “I’m still working out, but I’m not as active as I would be. My club rugby team, Belmont Shore Rugby, had to cancel their season.”

One of the toughest aspects of COVID-19 for high school athletes, teachers, coaches and administrators is the uncertainty. How long will the distance learning period last following school beginning Aug. 18? When will hybrid learning begin? Will sports actually be played?

“Everything changes everyday,” Webster said. “Not having prom, an in person graduation, athletics, those things motivate kids to do well in school. We’re now seeing the effects of what happens when those are eliminated.”

In LAUSD, nearly 80 percent of students live at or below the poverty line. That makes distance learning a challenge, even with LAUSD distributing more than 250,000 computers (many of which were accompanied with WiFi hotspots) to students and 50 million meals to families since schools were shut down in March.

“I had kids in my class who were present in March and then they disappeared in April, but came back in May and I asked them what happened, what’s going on,” Parral said. “It turned out that some of their parents had lost their jobs and there was no way to pay for the WiFi. A lot of kids weren’t able to get internet until the District sent out hotspots for the kids to reconnect, but it took a while.”

Last semester LAUSD announced that students could not fail and would not receive a final grade lower than what they had at the time schools shut down in March. This upcoming semester, taking attendance is mandatory, which Parral thinks will lead to increased participation, but he says there will still be issues, especially from students who come from low-income backgrounds.

“The structure we’re having this time around may work because kids will need to put time in to get their credits,” Parral said. “That alone is going to lead us to some success. We’ll still have the other challenges with internet and students having to care for loved ones or take jobs, so we probably won’t have 100 percent engagement, but it’s going to be better than it was. … I’m hoping 70-75 percent of the kids show up.”

Last semester, “low-income students and Black and Latino students showed participation rates between 10 and 20 percentage points lower than their white and Asian peers,” according to data from LAUSD.

“On an average day, only about 36 percent of middle and high school students participated online. About 25 percent logged on or viewed work only. And about 40 percent were absent.”

Mandatory attendance will hopefully improve those statistics, but some students will still have complications that may be out of their control.

“We know that a lot of parents are struggling financially,” Webster said. “Some kids are more worried about where they’re going to get their next meal instead of school.”

Making sure students are attending virtual classes and submitting their work is priority number one for teachers and coaches in LAUSD, but Webster wants to know what happens eligibility wise come basketball season if some of his players struggle learning remotely due to not having the proper resources.

“All coaches are concerned about that,” he said.

“That’s a state bylaw,” Lagos said. “It’s up to the school district if they wanted to make a change to that, but at this time there is no waiver for that.”

It’s important to have standards, but is that fair if a student athlete can prove they couldn’t get online?

“A lot of these kids are poor,” said Parral. “Socioeconomically they aren’t doing very well and then now their parents might not be working, so then they become really poor. Mix that with not seeing friends and it’s really tough.”