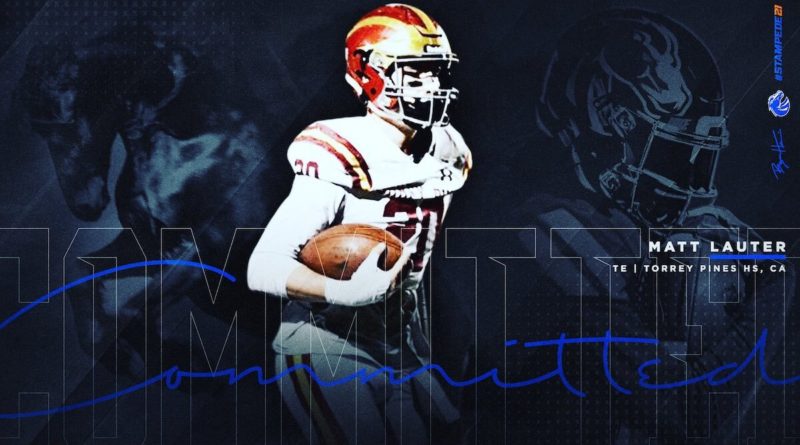 “There are class act, great facilities (at Boise State) and their staff is great,” Lauter said. “I really think I could make it to the next level at a big-time school like Boise State.”

Lauter, who also plays linebacker for the Falcons, chose the Broncos over offers from UNLV and Valparaiso.

Lauter caught 20 passes for 316 yards and three touchdowns last season for the Falcons, while also collecting 47 tackles, three forced fumbles, and an interception on defense.

Lauter is the 18th football prospect in the class of 2021 to make a college commitment and the second from Torrey Pines, joining Navy-bound defensive back Mo Vanderwiel.