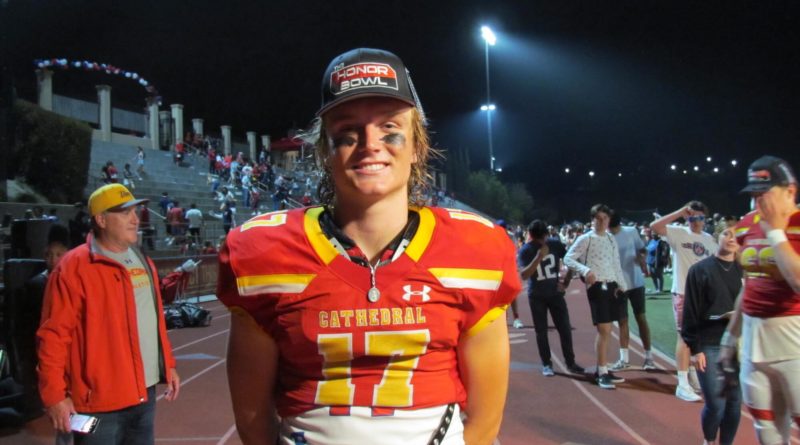 Ralph began his career at El Camino High School before transferring to Cathedral Catholic, where was a two-year starter at quarterback for the Dons. He led them into the open division playoffs in both seasons, winning the championship as a junior.

Ralph threw for 15 touchdowns and only one interception during his junior season and had accounted for 16 touchdowns as a senior before a season-ending injury late in the year.