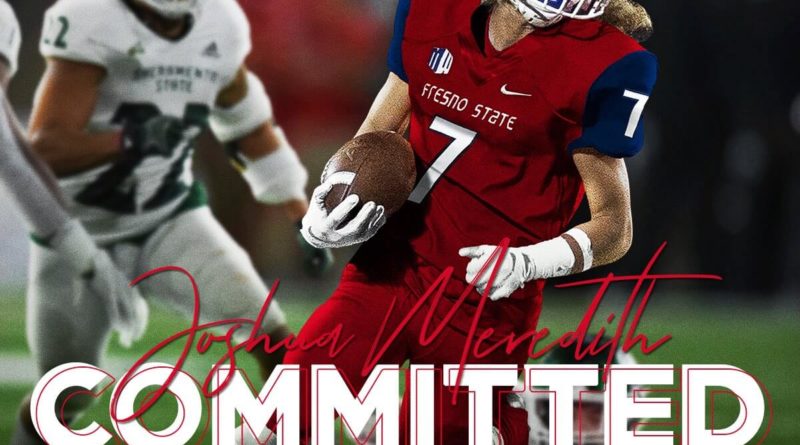 Meredith played his junior season at Valhalla High School, where he was named a second team All-Grossmont Hills selection on defense. He announced earlier this week that he has transferred to Mater Dei Catholic for his senior season.

Meredith is the 13th football prospect in the class of 2021 to make a college commitment and the fourth to select a Mountain West program.