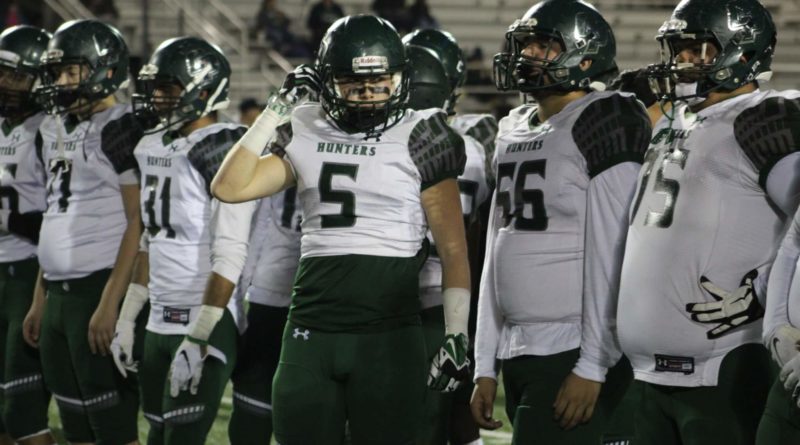 Los Angeles City Section football coaches held a Football Advisory Zoom meeting on Monday with representatives from the City Section as well as LAUSD Director of Athletics Trent Cornelius. The meeting was used as a forum for coaches to have some of their questions answered about the new LA City Section football calendar and what it means for their programs.

“We need to be cautiously optimistic about this calendar,” LA City Section Commissioner Vicky Lagos said to start the meeting. “There are a lot of hoops and hurdles we’ll need to go through in order for this calendar to work.”

Here’s a look at the challenges the LA City Section faces as it prepares for the 2020-21 football season.

LA City coaches are concerned about the Dec. 14 first practice date, fearing that they won’t have enough time to prepare their student athletes for a football season. Fairfax Athletic Director and LA City Section football coordinator Shane Cox asked about the possibility of starting football practice on Nov. 23 to buy kids some more time.

The district would consider it, per Cornelius, who asked for Cox to send over a best-case scenario preseason football timeline he could use to help the district plan to potentially open facilities early. As has been the case all along though, the start date will depend on county guidelines and government regulations.

The City Section is potentially facing a shortage of football officials due to COVID-19 concerns and the updated athletic calendar grouping sports into just fall and spring seasons.

Teams may have to schedule Saturday games or deal with a fewer number of officials at lower level games. What could help with the low referee numbers is if some teams eliminate their lower level teams (JV, freshmen) for the year, or how many games those teams play, which was also discussed Monday.

“We don’t know what schools and participation numbers will look like when we come back,” Lagos said. “Some schools may drop a lower level. Some may not commit to football at all. … Leagues might shift slightly. Our office will be as flexible as possible with all of this.”

“It will be a school site and a league decision on having more than one level of football this year. Our office isn’t mandating that. I know some leagues have discussed having no lower levels for any athletics for this year. It’s a league and school decision.”

A situation could play out where a school has a lower level team that doesn’t play any games. A league might rule that there won’t be lower levels this season, but if a school allows for a JV team, then they could at least practice and scrimmage to get ready for 2021-2022. If there were a handful of schools that did have lower levels, then those teams could schedule each other regardless of their league situation.

“I’m planning on having a lower level like we’ve always had,” Garfield head coach Lorenzo Hernandez said. “I hope everyone pushes for that.”

Coaches also asked about transportation to and from away games. The guidelines for busing students to games will be based on what health officials say. The CDC stated that buses can carry no more than 13 people on a bus at this time, according to a representative of LAUSD athletics. It is unclear at this time what the transportation situation will look like come December.

When will LAUSD allow facility use?

Until Dec. 14, City Section schools will be under summer time rules. LAUSD plans to authorize facility use for every school at the same time, according to Cornelius. It will all depend on when it is safe to do so.

What is challenging about summer time rules is that high school principals get the final say on what their school’s teams can do and when they can do it, following the date the district gives authorization.

“Some schools will have a tougher time, while others breeze through,” Cox said.

Canoga Park assistant coach Dan Bone said that his principal, Robert R. Garcia, will evaluate when the Hunters’ football team can use school facilities six to eight weeks after the school has started using their hybrid learning model. A date for when LAUSD plans to begin a hybrid learning model in schools hasn’t been announced yet. The district will start the school year with full distance learning.

Will athletes be able to get physicals?

CIF State created a waiver that gave athletes a 30-day buffer from the start of organized practice to get a physical. Usually, physicals would need to be done before the first practice date.

LAUSD has not yet made a decision on whether to implement that waiver. In a regular year, a school nurse or school health official can clear an athlete, but that will be challenge while full distance learning continues.

Could they play on Sundays?

With the season scheduled to start during the holiday season — and scrimmages off the table for Dec. 25, Dec. 31 and Jan. 1 — many City Section schools will look to scrimmage on Dec. 30, coaches said in the meeting. The first games are scheduled for Jan. 8.

Could Sundays be a game or practice day for the upcoming football season? It’s possible, but unlikely according to Lagos.

CIF State will meet to discuss that possibility in the future. If Sunday games or practices are allowed, then a team would need to pick another day during the week where they did not practice or play. The day teams have off would need to be uniform across the league. Even if the CIF State office allowed Sunday activity, LAUSD likely would not.

“We’ve heard that the administration would never go for that,” Lagos said. “But it’s something we could still look into.”