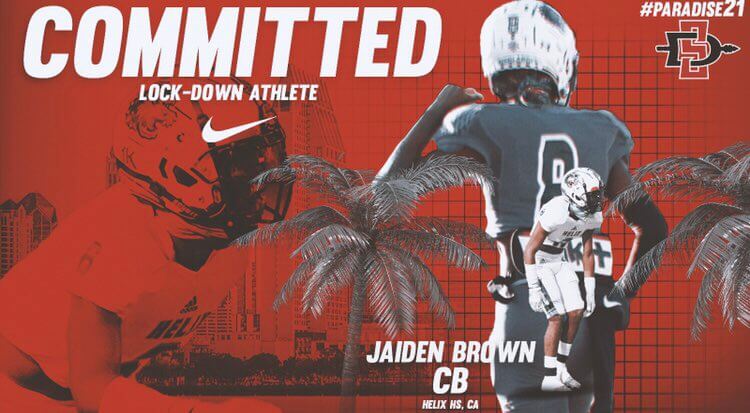 “The coaches made me and my family feel really comfortable during the pandemic and with recruiting and with everything they offered in addition to the benefits of being in my hometown,” Brown said. “It was just a great fit not to mention the defensive culture built up over there over these last few years I’m excited to be apart of it.”

Brown, who’s entering his third season as a starter for the Highlanders, chose the hometown Aztecs over offers from eight other schools.

“I knew it was the right time to commit because with all the uncertainty with everything going on I wanted to be locked in with a program I was comfortable with and that I knew had my best interest,” Brown added. “San Diego State checked all the boxes and I know they will develop me as a (defensive back).”

Brown has four interceptions over the last two seasons and has scored three defensive touchdowns during that time.

Brown is the twelfth football prospect in the class of 2021 to make a college commitment and the second to choose the Aztecs, joining Lincoln athlete Herman Smith.