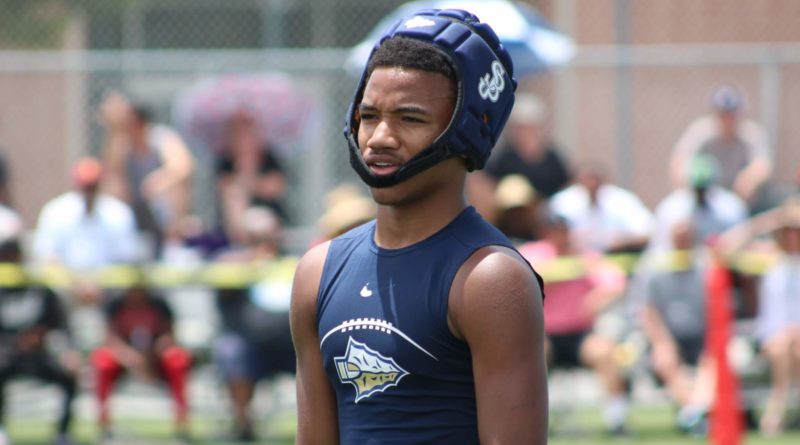 In addition to the adjusted 2020-2021 California high school sports calendar released on Monday, the CIF State office also announced the temporary extension of Bylaws 501.F and 501.G, which deal with what is allowed during the summer.

The CIF State office released this statement on the subject:

“Given that the CIF has moved the start of its traditional seasons of sport to December 2020, once allowed by the appropriate state and local agencies, CIF Sections may extend their summer period up until the first date of their Fall regular season sports calendar. All summer period activities must be authorized by the member school’s principal/designee.”

In a typical summer, there are 7-on-7 tournaments in football as well as summer league games/tournaments in basketball and girls volleyball. These bylaw extensions from the CIF State office will allow for those events to be held anywhere from the start of the school year to when the LA City and Southern Section high school sports seasons officially begin in December.

When will it be safe to have these events?

The answer to that question is unclear due to the coronavirus pandemic.

Many high school football teams held socially distant workouts in June and early July before coronavirus cases in the state soared and the CIF released dates for the upcoming high school sports season. Between determinations from health officials as well as approval from school principals, these workouts were allowed under summer rules.

When health officials give the green light, these conditioning workouts will once again be the first team activities to be cleared by principals. From there, if the coronavirus situation improves in the region, 7-on-7 football events and offseason high school basketball and volleyball games could come next.

In Los Angeles County for example, the local Health Department has declared, “team sports that don’t allow for physical distancing aren’t permitted to start up again.” That decree came July 13.

“The decision to extend summer time rules was made so that high schools are under their high school principal’s authority,” Southern Section Commissioner Rob Wigod said in a press conference on Monday. “If the school principal wants to allow teams based on health and safety guidelines from our health authorities as well as the school district or private school administrations to have their students back and resume their programs then they would have the opportunity to compete as school teams during that summer time rules portion of the school year. … Schools have full control managing those months leading up to the high school seasons to the point where if they wanted to schedule preseason tournaments or offseason leagues, they’ll have every mechanism available to them to do it.”

What are the challenges that face LAUSD schools in summer time rules?

While many public school districts in the greater Los Angeles area allowed socially distant football workouts in June and July under summer time rules, the Los Angeles Unified School District did not. The District hasn’t opened athletic facilities at schools since March 16, meaning LA City Section athletes have been on their own or only getting instruction from coaches online for over four months.

LA City Section coaches fear that athletic facilities will remain closed until December at the earliest, which means they won’t be able to see their athletes in person until then.

The vast majority of public and private school coaches outside of LAUSD are waiting for approval from county health officials to return to some sort of in-person offseason work. If health officials approve it, then their school districts/private school heads and principals will most almost certainly follow suit.

“In regards to athletics, LAUSD seems to be nowhere to be found during these times,” one LAUSD coach said Tuesday. “They need a plan.”