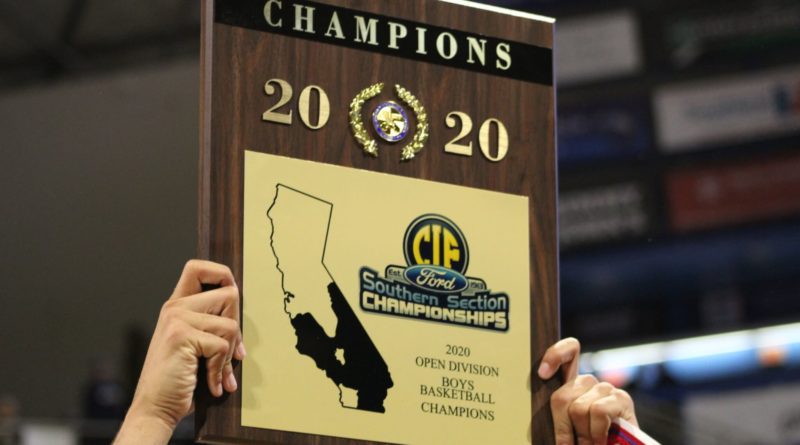 The CIF officially pushed back the 2020-2021 California high school sports calendar on Monday, setting off a flurry of announcements from sections across the state.

Basketball fans have been paying close attention to how a potential delay in the 2020-2021 sports season would impact hoops. Now they have an answer.

The CIF has broken the three-season high school sports year into two seasons for 2020-2021 – fall and spring. Basketball, a winter sport, has been moved to the spring.

Sections will start practice in early-to-mid March, play their first games somewhere in the middle few weeks of March, and wrap up regular season games in late May. The one exception is the Sac-Joaquin Section, which allows practices to start as early as February 22.

Here’s an in-depth look at everything you need to know about the 2020-2021 California high school basketball season, section by section:

When will basketball season start?

It will be up to each section to determine the season start date. Five of the 10 sections have already released their start dates for basketball, which are in line with the CIF’s calendar.

The one curveball comes from the Northern Section. They released a statement that says their schools can begin fall sports as soon as county health department officials approve the return of youth and high school sports. That means they could play basketball from the fall through the end of winter and potentially be excluded from the CIF State playoffs.

Here are the basketball season start dates for each section:

How many games will teams play?

It will vary by section, but early indications are most teams will attempt to play a full regular season. The Southern Section is standardizing the length of every sports season to 72 days. Since basketball season was previously 81 days, CIFSS teams will have to get creative to squeeze in the maximum allowable contests. Preseason tournaments are an easy way to accomplish this.

The CIF has reduced the Regional and State Championship events to one week for all sports, which means they will need to make adjustments to the basketball state playoffs. The CIF said “the details of how the championships will be conducted are still to be determined at this time.”