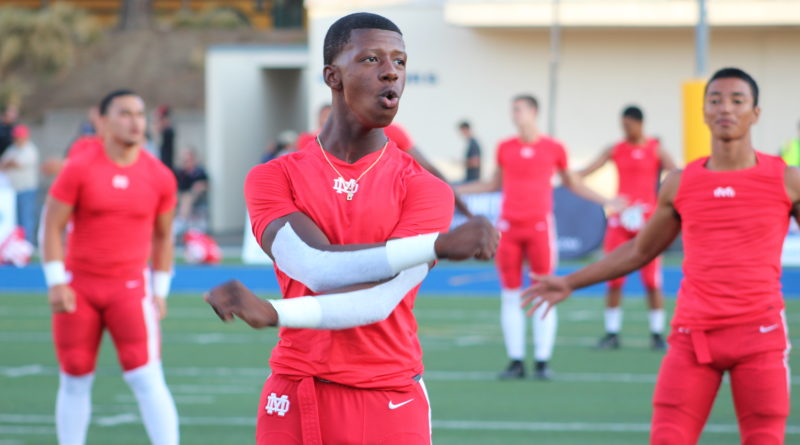 The CIF officially pushed back the 2020-2021 California high school sports calendar on Monday, setting off a flurry of announcements from sections across the state.

We now have some clarity.

According to the CIF calendar, the last day for Section Playoffs is April 10. Working backwards, that means most sections will start football practice in mid-December, play their first games in early January and wrap up regular season games in mid-March.

Both the Southern and Los Angeles City Sections have already released their adjusted sports calendars, and both sections are scheduled to begin football practice on Dec. 14 and play their first games on Jan. 8.

Here’s an in-depth look at everything you need to know about the 2020-2021 California high school football season, section by section:

When will football season start?

It will be up to each section to determine the season start date. Five of the 10 sections have already released their start dates for football, which are in line with the CIF’s calendar.

The one curveball comes from the Northern Section. They released a statement that says their schools can begin fall sports as soon as county health department officials approve the return of youth and high school sports. That means they could play football in the fall and potentially be excluded from the CIF State playoffs.

Here are the football season start dates for each section:

How many games will teams play?

It will vary by section, but early indications are most teams will attempt to play a full regular season. The Southern Section is standardizing the length of every sports season to 72 days. Since football season was previously 64 days, they should have no issue playing the maximum allowable contests.

The CIF calendar allows for full Section Championships to take place, with the last date section playoff games can be played set for April 10. That means most sections will play their first round games March 19/20, their quarterfinal games March 26/27, their semifinals April 2/3 and their championship games April 9/10.