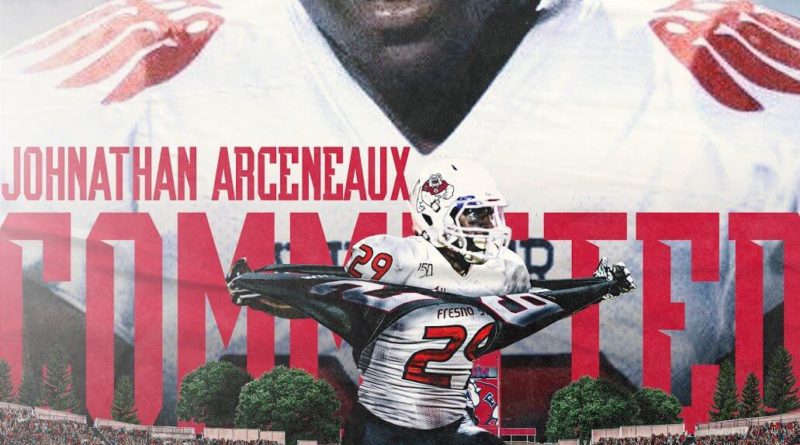 Johnathan Arceneaux, a 3-star senior running back at Lawndale, announced his commitment to Fresno State on Thursday.

As a sophomore and junior at Whittier, Arceneaux was one of the top rushers in SoCal. He totaled over 1,850 rushing yards last season and over 3,600 rushing yards the last two seasons, with over 4,000 total yards of offense.

He chose Fresno State out of at least 14 D-1 offers, with many of them coming since the end of last season. Arceneaux announced his commitment to Fresno State on the same day that his new teammate, 3-star OL Rolan Fullwood, did the same.