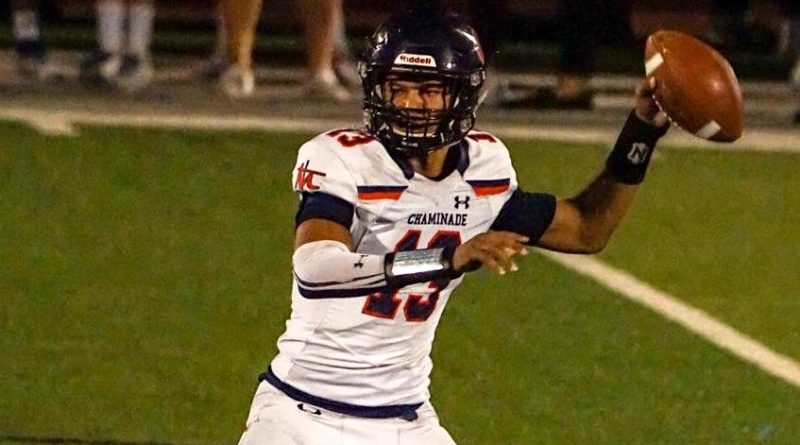 Henderson was one of the top QBs in California last season as a junior, leading Chaminade to a Southern Section Division 2 finals appearance in his first season as their starter. Through the Eagles’ first 13 of their 14 games, he totaled 2,664 passing yards, 767 rushing yards, and 25 total touchdowns to only six interceptions.

In total, Henderson finished with at least 28 D-1 offers through his first three years of high school. The news comes on the heels of two other highly touted 3-star offensive prospects from L.A. County in the C/O 2021, RB Johnathan Arceneaux and OL Rolan Fullwood, also committing to Fresno State on Thursday.