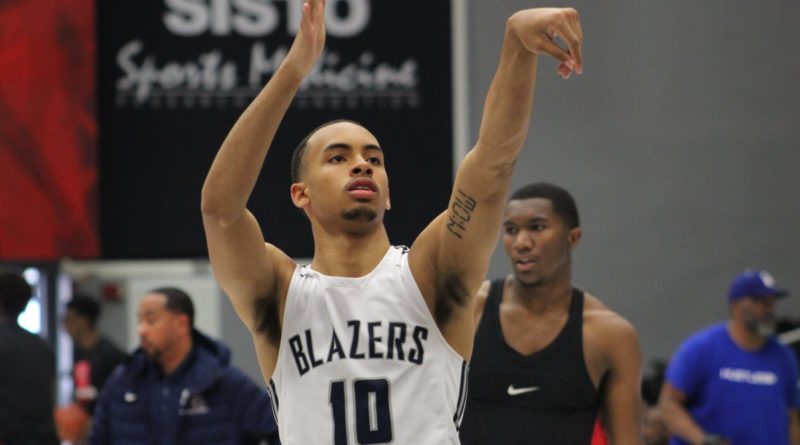 Up next in our scouting report series is Sierra Canyon class of 2022 shooting guard Amari Bailey.

A consensus 5-star recruit and ranked well inside the top 10 in the class of 2022, Bailey is as complete a guard prospect as they come at his age. In only his second high school season, he was one of the most consistent two-way guards in Southern California, and a key starter for the CIF Southern Region Open Division champion.

Bailey’s physical traits scream NBA. At 6-foot-4 and 185 pounds, Bailey is already close to the size of the prototypical NBA shooting guard, and will likely be all the way there by the time he stops growing. He’s already quite strong and able to physically bully most of his competition on both ends of the floor. His 185-pound frame undersells the impact of his strength, and he will likely top out upwards of 200 pounds.

Bailey’s outstanding athleticism across the board immediately presents NBA upside on both sides of the ball. He uses all of it consistently on defense, where he was already a top-five perimeter defender in SoCal as just a sophomore. He’s a great run/jump athlete, has a very strong frame for his age, and has the quickness to keep up with just about anyone off the dribble on defense. He forces turnovers frequently and turns them into buckets in a blur.

Combining the physical tools with his defensive commitment and intuition, Bailey may be the best defensive guard prospect in the class of 2022. His noticeable impact on defense at two or more backcourt positions should translate to higher levels – he has all the makings of a foundational defensive piece of an NBA backcourt. He’s already proven himself against other SoCal stars projected to be in the NBA, with his strong work on Mater Dei’s Devin Askew in Sierra Canyon’s Southern Section championship victory as a great example.

The viability of Bailey as an NBA prospect based on defense alone can’t be overstated. Take a look at what Luguentz Dort, an undrafted rookie on the Oklahoma City Thunder, has been able to accomplish this season. Dort is on the shorter side of 6-4 and one of the most offensively limited shooting guards you’ll ever see at the NBA level, but he’s been able to crack OKC’s rotation and contribute right away as a defensive specialist.

Bailey spent a significant portion of his minutes last season as Sierra Canyon’s de facto point guard, consistently initiating the offense, attacking off the dribble, and facilitating for one of the best offenses in the country. He’s already a very steady passer and ball-handler.

With his athleticism, he’s hard to keep up with in space and dangerous attacking the rim. He has effortless bounce off either foot and glides in the air like few others can, finishing over or around just about anybody with impressive consistency. When going up for a layup, he routinely takes off a good distance from the basket, throwing off rim protectors and giving himself the option to maneuver substantially in mid-air.

While shooting from the perimeter is one of Bailey’s weaknesses, his jumper is in solid shape for a rising junior. He’s accustomed to firing from both mid-range and three, and he usually holds his own. Letting him step into easy jumpers was often the poison opposing defenses were willing to pick given the Trailblazers’ talented lineup, but he often made them pay. His form is solid and consistent, he requires very little effort to launch from deep, and he can also naturally elevate quite a bit before his release. While Bailey’s jumper is what needs to improve the most for him to make it in the NBA, it is not a big question mark.

In addition to all the parts of his game that shined last season, one huge intangible Bailey showed was his adaptability. He played many different roles for Sierra Canyon on both ends of the court, and spent time at three different positions. His ability to figure out what the team needed from him from one game or quarter to the next speaks volumes about his basketball I.Q.

The fact that he could play on the ball without forcing things or play off the ball without entirely disengaging is an excellent general indicator going forward for someone whose potential offensive role at the NBA level is still unclear. While his entire offensive game still needs development from an NBA perspective, it’s remarkable that someone as well-rounded as Bailey still has two years before even reaching college age.

While there are questions left to be answered on offense from an NBA lens, Bailey is deserving of the hype as a top-five prospect in his top-heavy class. He projects as a likely first-round pick and potential lottery pick in the 2023 or 2024 NBA Draft, and could rise to the high lottery if he significantly expands his offensive game.