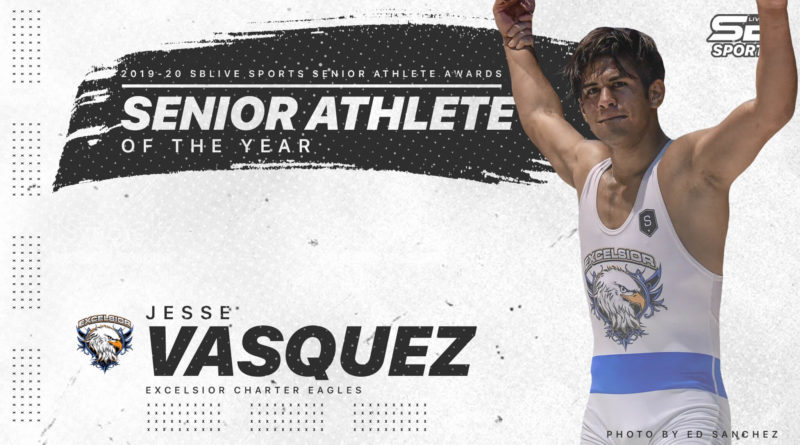 In the search for the Inland Empire Senior Boy Athlete of the Year, SBLive’s Lance Smith and Connor Morrissette considered athletes who not only led their teams to winning seasons, but also dominated the competition.

Excelsior Charter boys wrestler Jesse Vasquez stood above the rest, and he has been selected as SBLive’s Inland Empire Senior Boy Athlete of the Year.

Jesse Vasquez has an impressive body of work.

A four-time CIF State wrestling champion — in four different weight classes — Vasquez did not lose a wrestling match during his final two years of high school.

His goal has always been to be the best, and following his fourth state title as a senior, he’ll go down as one of the best high school wrestlers in the history of California.

For his dominance on the mat, Vasquez has been selected as SBLive’s Inland Empire Senior Boy Athlete of the Year.

Next step: Signed to wrestle at Arizona State

Career accomplishments: Vasquez is the only wrestler from Southern California to win four consecutive CIF State wrestling titles. In addition to his 2020 win, Vasquez won the 113-pound title as a freshman at St. John Bosco, the 132-pound championship his sophomore year at Santiago and the 138-pound title with Excelsior in 2019.

School/community achievements: Vasquez has his own YouTube channel called JayVee Vlogs. He also works with youth wrestlers at a gym in Riverside. His goal is to become an entrepreneur and be on the Forbes 500 list.