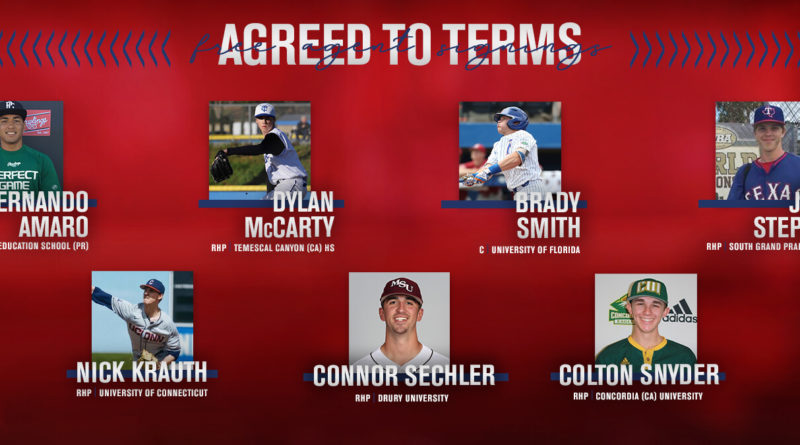 The 2020 MLB Draft wrapped up on June 11 with 25 California high school products being selected over the five-round draft. Now many more players are signing as free agents.

Since the draft was scaled back from 40 to just five rounds, MLB teams will be allowed to sign an unlimited number of undrafted free agents for $20,000. SBLive will keep you updated on former California high school stars who sign as UDFAs.

Endersby started out his college career as an infielder at CSU Fullerton, transitioned into a pitcher, and transferred to Concordia before the 2020 season. He went 5-0 with a 1.88 ERA with 37 strikeouts in 28.2 innings.

Kerner will stay local after a strong career at the University of San Diego. He hit .305 in 2020 and was ranked 16th on D1 Baseball’s list of the top 50 catchers.

McCarty’s senior year was quickly shaping up to be his best yet – he was 3-1 with zero earned runs allowed in 17.2 innings. He finished his high school career with a 1.29 ERA.

In 2019, Reed was unstoppable, not allowing one earned run in 14 relief appearances. Reed struck out 23 hitters in just 12.2 innings and limited opponents to a .073 batting average.

Richardson was hitting .364 with two home runs before his senior season was cut short.

Despite only getting to a play a few games of his senior season, Suddleson finished his college career with 20 home runs. His 2020 season was shaping up to be his best yet, with averages of .389 BA, .476 OBP, and .722 SLG.

Uhl was off to a hot start in 2020, hitting .361 with a slugging percentage of .443. He also finished fifth in the WCC in on-base percentage.