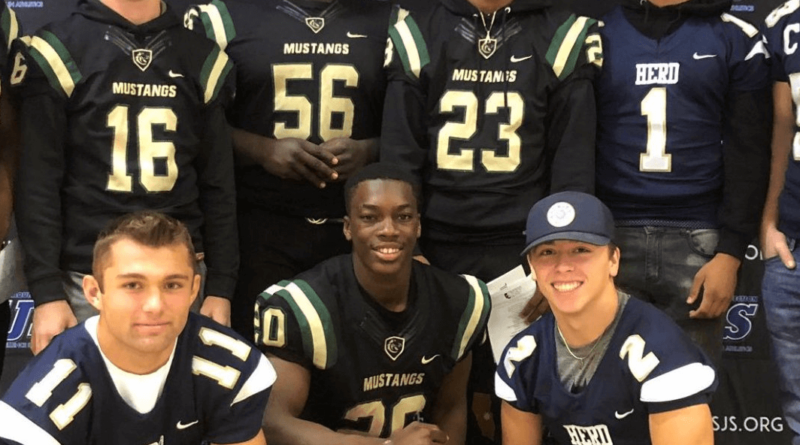 The major caveat with our way-too-early rankings is we still don’t know how COVID-19 will impact the 2020 season, and we don’t know when (or if) the season will start.

But we’re hopeful. And with that in mind, let’s talk some football. Here’s a look at the best high school football teams in the Sac-Joaquin Section heading into summer 2020.

Monterey Trail running back Prophet Brown might be the top player in the section. He’s back for his senior season after rushing for 779 yards and 11 touchdowns in 2019. Brown also caught five TDs, intercepted three passes on defense and returned a kickoff for a score. Watch out!

After being the alpha-dog in the section for the previous 10 years, winning seven sectional titles, Folsom fell off a bit in 2019. The Bulldogs lost to Monterey Trail in the 2019 Division 1 semifinals, 35-23. Class of 2021 Stanford quarterback commit Ari Patu will attempt to lead Folsom back to the top in 2020.

St. Mary’s went 6-5 last year, but played a loaded schedule that included Serra San Mateo, Mission Viejo and De La Salle. The Rams gave Monterey Trail a tough game in the quarterfinals of the D1 playoffs, losing 28-21. Star receiver Jadyn Marshall is back for his junior season for the Rams, following a 1,000-yard sophomore campaign. He’s one of the section’s top playmakers.

Inderkum went 11-1 last year, with their only defeat coming to Oak Ridge in the Division 1 semifinals. The Tigers lost a lot of seniors, especially on offense, but their defense has some key returners led by safety Amir Lemmons.

The Wolfpack has a shot at being a top five team in the section in 2020. Why is that? Anthony Grigsby Jr., one of the section’s top quarterbacks, returns for his senior season.

Class of 2022 quarterback Beau Green did not play a year ago for Turlock due to recovering from shoulder surgery. If he’s fully healthy and ready to play in 2020, then the Bulldogs should have a strong season. Green was offered by Auburn last November.

Losing star running back Raleek Brown to Southern California power Mater Dei hurts, but Edison returns enough players from last year’s 9-2 team to still potentially make a run in D1 in 2020. Johnathan Taylor was a great two-way player for Edison a year ago and will be a difference maker again this year.

Rocklin, last year’s no. 1 seed, was upset in the second round of the 2019 Division 2 playoffs by Whitney. The Thunder bring back a ton of talent and should be dangerous in 2020. Time will tell if the returners learned from last year’s early playoff exit.