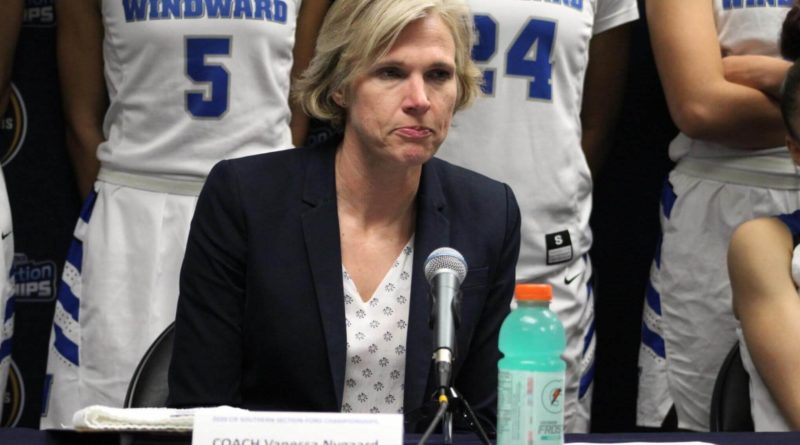 We took a look back through the archives to see which CIF Southern Section teams have won the most girls basketball section titles over the past 25 years.

The Cavaliers three-peated from 2010-2012 under McKinsey Hadley, who is still their head coach.

Under Stan Bickley, the Lions won Southern Section championships in 1998, 2005, and 2006. They are one of only a few Santa Barbara County teams that haven’t realigned to the Central Section to cut down on travel.

Over the past quarter-century, the Warriors have three titles, and all of them have come in the past several years. They went back-to-back in 2014 and 2015 under Mike Caporaso, and also won a title in 2018 under current head coach Riki Murakami.

The Bruins three-peated from 2004-2006. The first two came under head coach Ben Ramos, and then Tony Jimenez won the third in his first year as their head coach in the 2005-2006 season.

Morningside has won three rings in the past 25 years. The first came in 1996 under Roderick Tatum. They also won it all in 1999 and 2004 under Frank Scott. The legendary Lisa Leslie also won three titles at Morningside, but that was before our 1995-1996 cutoff.

Ventura won Southern Section titles in 2002, 2014, and 2016 under Ann Larson. Larson is still the Cougars’ head coach to this day.

Artesia three-peated from 2001-03 under Scott Roczey. And now they are fresh off a 5-AA championship under Shonyta Pouncey. With a host of talented underclasswomen comprising their core, more rings might be in order over the next few years.

Brian Taylor led the Wolverines to a title in 1998 before leaving after the 1999-2000 season. Then they hired Melissa Hearlihy, who had already made it to the top with Alemany and has since gone on to establish herself as one of the best coaches in SoCal girls hoops history. With her at the helm, they’ve won in 2001, 2009, 2010, and 2020.

Under Mary Mulligan, the Tritons pulled off a four-peat from 2001-2004 and then won another title in 2007. They came agonizingly close in a 29-5 season this past March under Kerry Husbands, falling by five against Bishop Amat in the 2-A title game.

In the 2000’s, the Warriors pulled off two rare feats – five titles in six years, and a four-peat. The rings came in 2001 and 2003-2006, all under Kevin Kiernan. Mater Dei landed Kiernan, now one of the winningest girls basketball coaches in state history, in 2007.

Mater Dei won a title in 2003 under Geri Campeau, and has now won five rings since hiring Kevin Kiernan in 2007. They four-peated from 2009-2012, giving Kiernan his second four-peat in one decade.

Under Richard Wiard, the Lancers won a total of five titles. They came in 1999, via a three-peat from 2004-06, and in 2012. And earlier this year, they won their first title of the Camille Buckley era at the 2-A level.

The Wildcats won titles in 2006 and 2011 under Steve Smith, and three-peated under Vanessa Nygaard from 2013-15. Windward won another championship with Nygaard as head coach in 2018, and she might only be getting started collecting hardware with the Wildcats.

From 2003-2008, the Mustangs pulled off the ultra rare six-peat – the only six-peat in Southern Section girls basketball from 1996-2020 (although as you will see further down the list, there were other stretches during that time that were part of six-peats starting before 1996).

Making it even more crazy is that the first three seasons all came under different coaches: George Quintero in 2003, Steve Burnett in 2004, and Trenton Jackson the last four times. Marlborough basketball lost some of its shine shortly thereafter when Jackson left, but now under Chris Rodgers the Mustangs are back competing at a premier level.

With seven titles to his name, Ellis Barfield is one of the top coaches in Southern Section girls basketball history. The Knights four-peated from 2001-2004 and won again in 2006, with only one loss in the finals in 2005 keeping them from a six-peat. Lynwood also went back-to-back in 2012 and 2013. With 5-star G/F Rayah Marshall leading a strong core of upperclasswomen, don’t be surprised to see Barfield and Lynwood add title number eight in 2020-2021.

Clocking in at number two is Bishop Montgomery with eight titles since 1996. They went back-to-back in 1996 and 1997 under Yvette Angel, won again in 2000 under Lisa Corona, repeated in 2002 and 2003 under Lisa Cooper, were repeat champs again in 2014 and 2015 under Bridgette Reyes, and won Division 1-A in 2017 under current head coach Noelle Quinn. It’s safe to say that the Knights consistently contend for upper-division titles as regularly as anyone in the Southern Section.

If you want to find out where that ranks all time in Southern Section history, make sure to stay tuned for our upcoming list of the winningest CIFSS girls basketball programs of all time.

Other schools that have won section titles in the past 25 years: