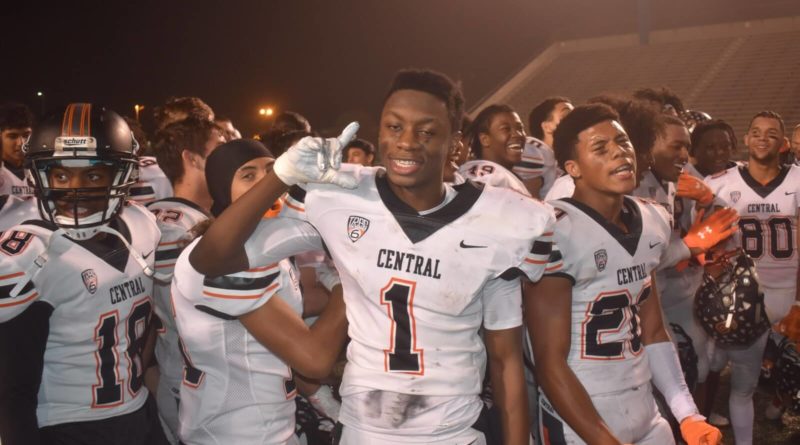 The major caveat with our way-too-early rankings is we still don’t know how COVID-19 will impact the 2020 season, and we don’t know when the season will start.

But we’re hopeful. And with that in mind, let’s talk some football. Here’s a look at the best high school football teams in the CIF Central Section heading into summer 2020.

Coming off a CIF State 1-AA championship and undefeated 15-0 season, the Grizzlies are once again the favorite despite losing nearly all of their starters. After three straight Central Section divisional titles, the’ve repeatedly proven capable of replacing seniors in quick succession.

The likes of QB Jameson Silva (Western Colorado), RB Quali Conley (Dixie State), WR Jeremiah Hunter (Cal), and DT Ricky Correia (Cal) will be sorely missed. But with WR Xavier Worthy, LB/RB Jekob Jones, and DL Jeremiah Shelton among those returning — and dual-threat quarterback D.J. Stevenson transferring in from Buchanan — Central has to be considered the team to beat again.

The Bears lost much of their core, including one of the top running backs in the country in Kendall Milton. But they return 6-foot-2, dual-threat class of 2022 quarterback Ian Kirby, who emerged as a potential star last season when starter D.J. Stevenson went down with an injury. Kirby went 6-1 after taking over as the starter, with the only loss coming to Central, 28-21, in the Valley Championship.

The Patriots made the Open Division semifinals last season, and should be a favorite to do so again in 2020. They’re returning quite a few star players including dual-threat QB Haden Mann, RB Prentice Boone, and LB Brady Anderson. Mann got injured shortly before the 2019 playoffs but totaled 1,530 passing yards, 408 rushing yards, and 20 touchdowns in nine games.

Defensive end T’Ky Posey will lead a defense that is likely to be among the best in the section. There will be nearly an entirely new playmaking core on offense though, with junior WR Daizon Allen as the lone returner from their starting unit in the playoffs.

The Panthers lost many key members of their Central Section Division 2 title team, with holes at QB and WR in particular needing to be filled. However, 3-star RB Jordan Hornbeak will be ready for a huge workload after rushing for 1,697 yards last season. Their defense will led by DL Aric Eades, who recently picked up his first offer from Columbia.

Clovis has been a solid Division 1 playoff team for a few years, and they should be in the mix again in 2020 if they can adequately replace their starting QB and top receiver. Star junior RB Tristan Risley ran for 1,338 yards and 15 touchdowns last season, and he’s just getting started.

After a couple of rebuilding years within the rigors of the Fresno gauntlet, 2020 could be the Golden Eagles’ year to contend. It will be head coach Tim Randall’s second season at the helm. Among their returning upperclassmen with college offers are DL Derek Moreland, TE/DE Marcel Sanders, C Nickolas Herrera, and new Eastern Washington commit, WR Isaiah Howard.

The Mustangs look to carry forward the momentum of last season’s run to the CIFCS Division 2 finals. Coming off a 500-receiving yard, 500-rushing yard season in the fall and his first two D-1 offers this spring, all-purpose back Mikey Ficher will run the show offensively. Ficher will also star at free safety and as a kick/punt returner. DE Michael Machado will lead the charge on defense.

QB Justin Hinzo is gone and top receiver Zion Hall transferred to Garces Memorial, but the Wolf Pack will return one of the best RBs in the section in Jaron Amos.

Coming off a Central Section Division 3 title and CIF State title, the Eagles deserve a shoutout despite losing most of their top players. RB/SS Jess Wattenbarger will be back, and he might be their best player on both sides of the ball.

There is a deep list of teams that could be in contention for a top-10 spot in the section in 2020. That includes Bakersfield, Hanford, Selma, Kingsburg, Washington Union, Clovis North, Redwood, Clovis East, Stockdale, Tulare Union, San Luis Obispo and Garces Memorial.