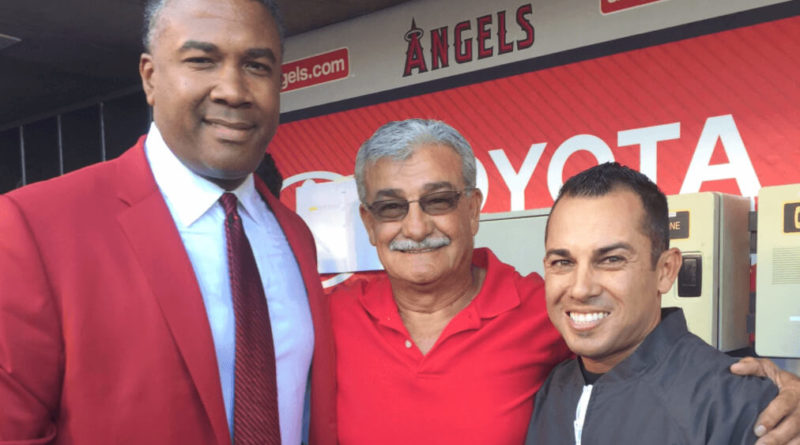 When it finally hit Marcus Alvarado that he was no longer the baseball coach at Kennedy High School, he wept.

“When I resigned, I went to Kennedy and sat in the dugout where I remember as a kid looking at Garret Anderson, Gino Tagliaferri and Billy Ramirez, guys I really looked up to, and I cried for 30 minutes just sitting in the dugout,” Alvarado said.

Days later, that realization remains difficult for the former Kennedy coach to accept.

“It’s still hard,” Alvarado said while trying to hold back tears in a phone interview on Friday.

Alvarado, a Kennedy lifer, accepted the head coaching job at Chatsworth earlier this week. He coached at Kennedy for five seasons, the program his father Manny won five Sectional titles at as head coach from 1988 to 2011.

“Kennedy will forever be my home,” Alvarez said. “I grew up there. I met my wife there. I watched my daughter run around on the field.”

Now the time has come for Alvarado to take on a new challenge: bringing Chatsworth, historically one of the top baseball programs in the state, back to prominence.

In the late 1990s and throughout the 2000s the Chatsworth program was dominant under head coach Tom Meusborn, winning seven L.A. City Section titles from 1999 to 2009.

Following one season away from Chatsworth to coach at Cal State Northridge in 2014, Meusborn left Chatsworth for good after the 2017 season. He coached the Chancellors for 26 years and is now an assistant at Sierra Canyon.

“It’s special to me,” Alvarado said. “Going to a program that has high expectations and big names, like Coach Meusborn, I have so much respect for the program. … I just spoke to Coach Meusborn today actually. It was a nice conversation. I was picking his brain and he gave me some advice.”

Alvarado has a full time job in special education at Chatsworth, just like he did at Kennedy. He plans to get his teaching certificate in the next two years and then eventually teach physical education at a school that he says has already shown him their passion for high school sports.

“I walked around Chatsworth yesterday,” Alvarado said. “I met an assistant principal and I checked out the facility. A lot of people introduced themselves to me. You can tell that Chatsworth High School is very sports driven. The community has a lot of pride in their athletics, especially their baseball.”

Before he made his job change public, Alvarado called every varsity baseball player at Kennedy to explain why he was making the move nine miles west across the San Fernando Valley.

“I knew I had to show respect to them,” he said. “I love my players. I called them and I told them the reasons why I chose to resign. I was honest with them. It was so hard. I couldn’t sleep for days when making the decision.”

But eventually, Alvarado did make a choice. A choice to build his own legacy at Chatsworth.